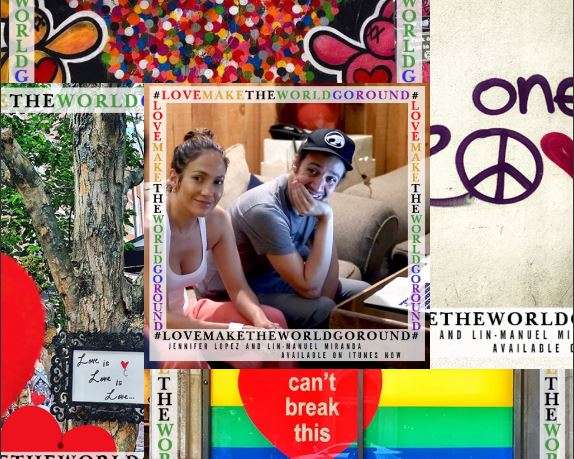 Jennifer Lopez and Lin-Manuel Miranda are honoring the survivors of last month’s Pulse Nightclub shooting in song. The Puerto Rican celebrities released  “Love make the world goes round,” at midnight on iTunes. Proceeds from the collaborative tribute will benefit Proyecto Somos Orlando, Spanish for “Project ‘We are Orlando.’”

“It’s a beautiful thing that this emerged from the community and is being supported at such a high level and it just really really brings everything to fruition all the hard work that this group has done and the community continues to do,” says Christina Hernandez, who helps run the local organization.

Proyecto Somos Orlando was formed after the June 12th nightclub shooting. Its mission is to provide what Hernandez calls bilingual culturally competent social services to families impacted by the massacre that left 49 people dead, many Puerto Rican.

The organization is being run out of Orlando and Kissimmee in partnership with the Hispanic Federation and Hispanic Family Counseling.