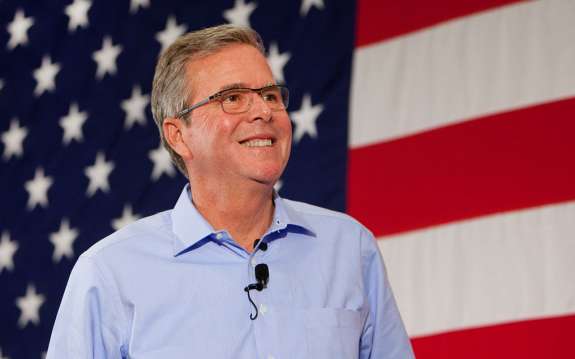 Jeb Bush announced his bid for the republican nomination in Miami. Photo: Jeb2016.com

Its official – Jeb Bush is running for President.

The announcement ends almost a year of Jeb exploring the possibilities of running while fundraising through his political action committee, Right to Rise.

Miami Herald’s Political Editor Sergio Bustos joins the program to go over the announcement – who was there, who wasn’t there, what was said, and what’s next for candidate Jeb Bush.

We’ll also sort through the pro’s and con’s of a third Bush running for office and what that means for Florida’s primary with Republican Strategist Adam Goodman and Democratic Analyst Jeremiah Jaspon.

And later in the program – Intersection’s Brendan Byrne takes a look at Governor Bush’s record with University of South Florida Political Scientist Susan MacManus and how Bush stacks up against Marco Rubio as Floridians will have to decide between two of their own.