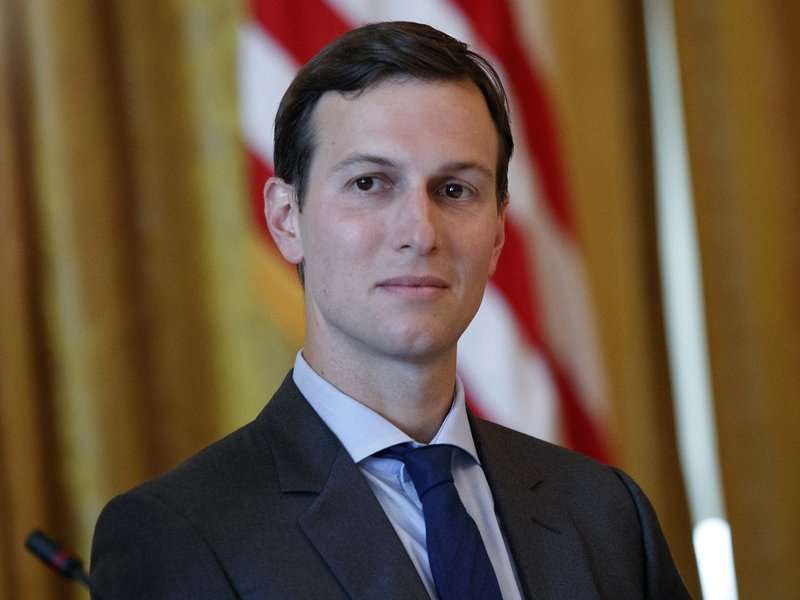 “I did not collude, nor know of anyone else in the campaign who colluded, with any foreign government,” President Trump’s son-in-law and senior adviser Jared Kushner said in a statement ahead of a closed-door meeting Monday before the Senate Intelligence Committee.

He is also expected to meet Tuesday with the House Intelligence Committee. Both committees are conducting investigations into possible links between Trump associates and Russian officials during the 2016 presidential campaign.

In the 11-page statement, Kushner states that he had “hardly any” contact with Russia or Russia representatives during the campaign.

He says he was present for a highly scrutinized meeting with a Russian attorney last summer. Trump’s eldest son, Donald Trump Jr., recently released emails indicating that an intermediary had promised damaging information about Hillary Clinton from the Kremlin-connected lawyer.

“When I got there, the person who has since been identified as a Russian attorney was talking about the issue of a ban on U.S. adoptions of Russian children,” Kushner states. “I had no idea why that topic was being raised and quickly determined that my time was not well-spent at this meeting.”

Kushner adds: “I have no improper contacts. I have not relied on Russian funds to finance my business activities in the private sectors.”

He says that he has “tried to be fully transparent” in the form required to obtain a security clearance, “above and beyond what is required.”

As NPR has reported, Kushner has faced scrutiny for not initially including meetings with Russian officials on that form, called the SF-86. Kushner says the form was “prematurely submitted due to a miscommunication” with his assistant. He adds that it was not just information pertaining to Russians missing — “all foreign contacts were omitted.”

NPR’s Domenico Montanaro reports that the statement contains a number of “pre-buttals to a lot of questions people have,” such as:

“One, whether or not he had an ongoing or extensive relationship at all with Russian officials, and whether or not he was using the campaign in a way to be able to try to pay back some of the $1.3 billion that he and his family still owe for this building on Fifth Avenue that they’ve built. And there was a meeting with a Russian bank official in which a lot of the people on the Hill have some questions about.”

Last December, Kushner met with Sergey Gorkov, the CEO of the Russian Vnesheconombank, which was subject to U.S. sanctions. Kushner says Russia’s ambassador was “insistent” about the meeting, telling his assistant that Gorkov was “someone with a direct line to the Russian president who could give insight into how [Vladimir] Putin was viewing the new administration and the best ways to work together.”

Kushner describes a “twenty to twenty-five” minute meeting with Gorkov, in which the banker gave him two gifts and expressed “hopes for a better relationship in the future” between the U.S. and Russia. He says they did not discuss specific policies and have not been in contact since.

You can read the full statement here: