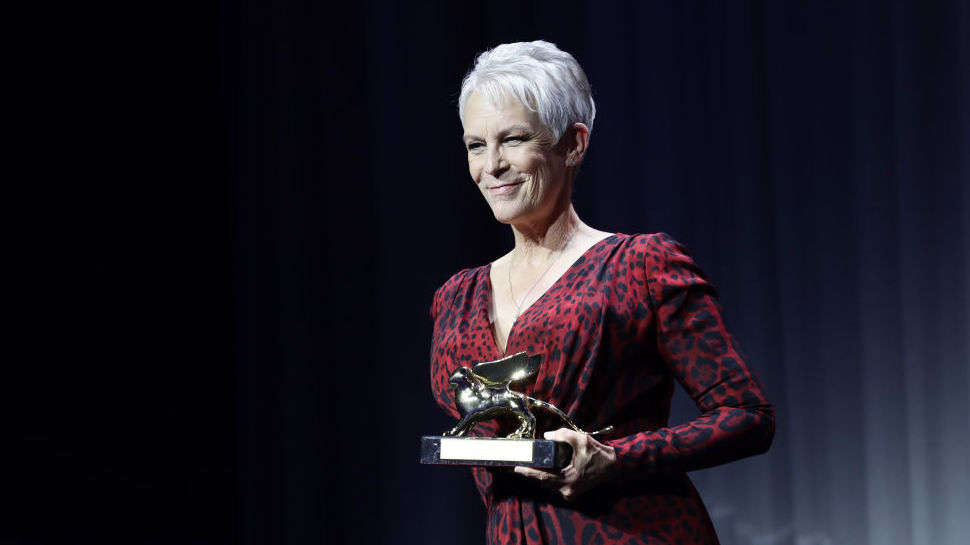 Curtis accepted her award Wednesday just before the premiere of her new movie Halloween Kills, in which she reprises her longtime role as beloved protagonist Laurie Strode. The film, which comes out next month, is the sequel to 2018’s Halloween and the 12th movie in the horror franchise.

Curtis said in a statement that she is “incredibly humbled” by the honor.

“It seems impossible to me that I’ve been in this industry long enough to be receiving ‘Lifetime Achievement’ recognition, and to have it happen now, with Halloween Kills, is particularly meaningful to me,” Curtis said. “Halloween —and my partnership with Laurie Strode — launched and sustained my career, and to have these films evolve into a new franchise that is beloved by audiences around the world was, and remains, a gift.

“Italian Cinema has always honored and heralded the genre that gave me my career, so I couldn’t be more proud and happy to accept this award from the Venice International Film Festival on behalf of Laurie and all the courageous heroines of the world who stand tall in the face of seemingly insurmountable obstacles and refuse to yield,” she added.

In true horror heroine fashion, here she is slipping off her heels to hustle onstage:

Curtis spoke to NPR in 2018 — four decades after the original Halloween — about the franchise, her character and her career.

“I’ve worked hard, but I don’t expect it — and that’s what a gift is, when you don’t expect something, and then it’s given to you, and you open it and go, ‘Wow, thank you!’ ” she said.

“That’s incredible, and that’s what I feel David Gordon Green and Danny McBride gave me when they allowed me to go where we had to go with the movie, Halloween, to explain and honor the courage and tenacity of Laurie Strode, who represents all women who’ve been aggressed, all women who’ve had to fight back, all women who’ve survived, and that’s a privilege, and not something I take lightly.”

Listen to the full conversation and read the highlights here.

This story originally published in the Morning Edition live blog.