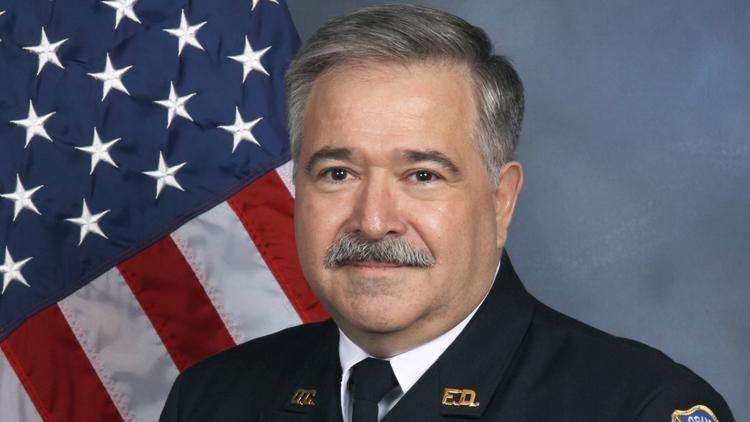 The new Orange County Fire Chief is James Fitzgerald. He has over thirty-six years of experience at OCFR. Photo: Flickr Creative Commons

Fitzgerald will be Orange County Fire Chief starting May 19.

“This motion carries unanimously and I want to recognize we have a new fire chief based on that motion. We all look forward to working with you in the coming months and years.”

Fitzgerald says he wants to protect the health and safety of his firefighters.

He said that includes keeping firefighters from getting cancer.

“We’ve seen an increase in cancer-related deaths among firefighters. Cancer among firefighters now surpasses the heart and lung issues. And there have been a number of initiatives we have rolled out and will continue to support.”

Fitzgerald says one of these practices involves decontaminating protective clothing that might expose firefighters to carcinogens.

He says a bill the Florida legislature passed and the Governor signed will also help firefighters who get cancer pay for treatment and support their families while they’re out of work.

Fitzgerald was Deputy Chief under former Fire Chief Otto Drozd who retired in April. Drozd has not given a reason for his resignation.