James Comey To Testify Privately To The House Judiciary Committee 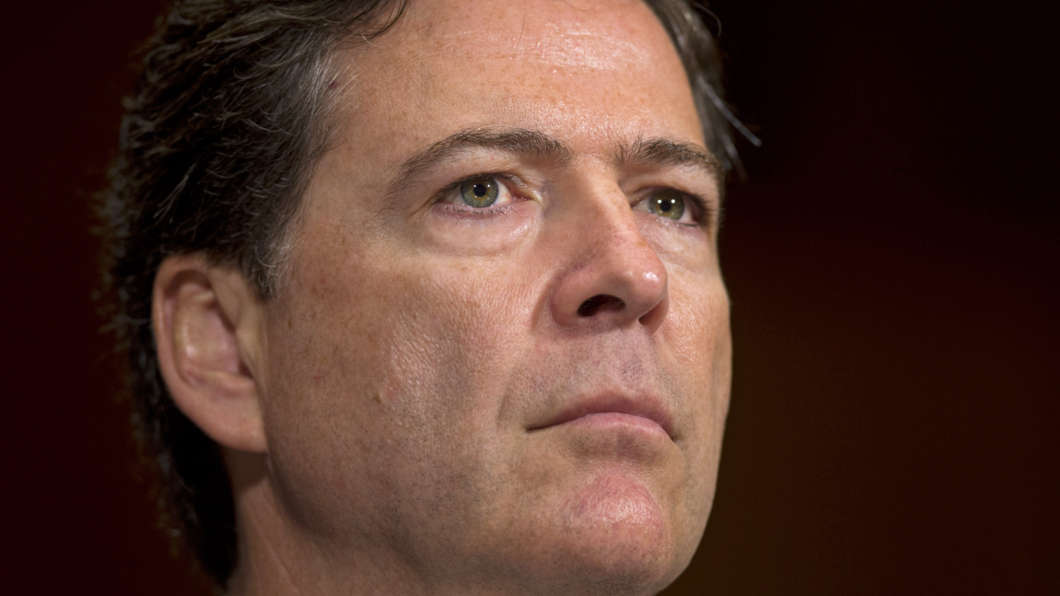 Former FBI Director James Comey has agreed to testify in private before the House Judiciary Committee on Friday, after a fight with Republicans on the committee over whether the hearing would be open to the public.

Under an agreement reached Sunday, Comey will testify behind closed doors, but the committee will release a transcript of his testimony, which Comey can then make public. Comey had initially resisted a closed hearing.

According to Comey’s lawyer, David Kelley, “The Judiciary Committee will make available to Mr. Comey a full transcript of that testimony within 24 hours” or “as soon as is reasonably practicable.” Comey is then “free to make any or all of that transcript public as he is free to share with the public any of the questions asked and testimony given during the interview.”

Comey tweeted, “Grateful for a fair hearing from judge. Hard to protect my rights without being in contempt, which I don’t believe in. So will sit in the dark, but Republicans agree I’m free to talk when done and transcript released in 24 hours. This is the closest I can get to public testimony.”

The committee is expected to question Comey about decisions made by the FBI in 2016, including the agency’s investigations into Hillary Clinton’s use of a private email server, and possible collusion between Russia and Donald Trump’s presidential campaign.

“Some Republicans argue that the Justice Department and the FBI conspired against candidate Trump, hoping to throw the election to Clinton. Democrats say the GOP is hoping to use the issue to derail or discredit special counsel Robert Mueller’s investigation into possible collusion between the Trump campaign and Russia.

“Whatever the aim of House Republicans, they are likely feeling the need to act quickly before Democrats, who won control of the chamber in elections earlier this month, take over in January.”

In a legal brief and then in an oral argument before U.S. District Judge Trevor N. McFadden in Washington, Kelley said he worried that if Comey’s hearing were closed, Republicans would selectively leak parts of his deposition. Kelley said a closed hearing could result in “a shadow on the witness but bright lights for the committee member who seeks partisan advantage by peddling a misleading account of the witness’s testimony,” according to The Washington Post.

“I was disappointed that Mr. Comey filed a motion to quash the subpoena sent to him to appear for our investigation. Mr. Comey chose to file a motion to quash despite clear Supreme Court precedent setting forth Congress’ authority to issue subpoenas compelling testimony before its committees. There was no need to use baseless litigation in an attempt to run out the clock on this Congress, and I am glad that it was withdrawn.

“Mr. Comey will join us for a closed-door transcribed interview later this week. We will release the transcript of his interview to the public as soon as possible after the interview, in the name of our combined desire for transparency.”