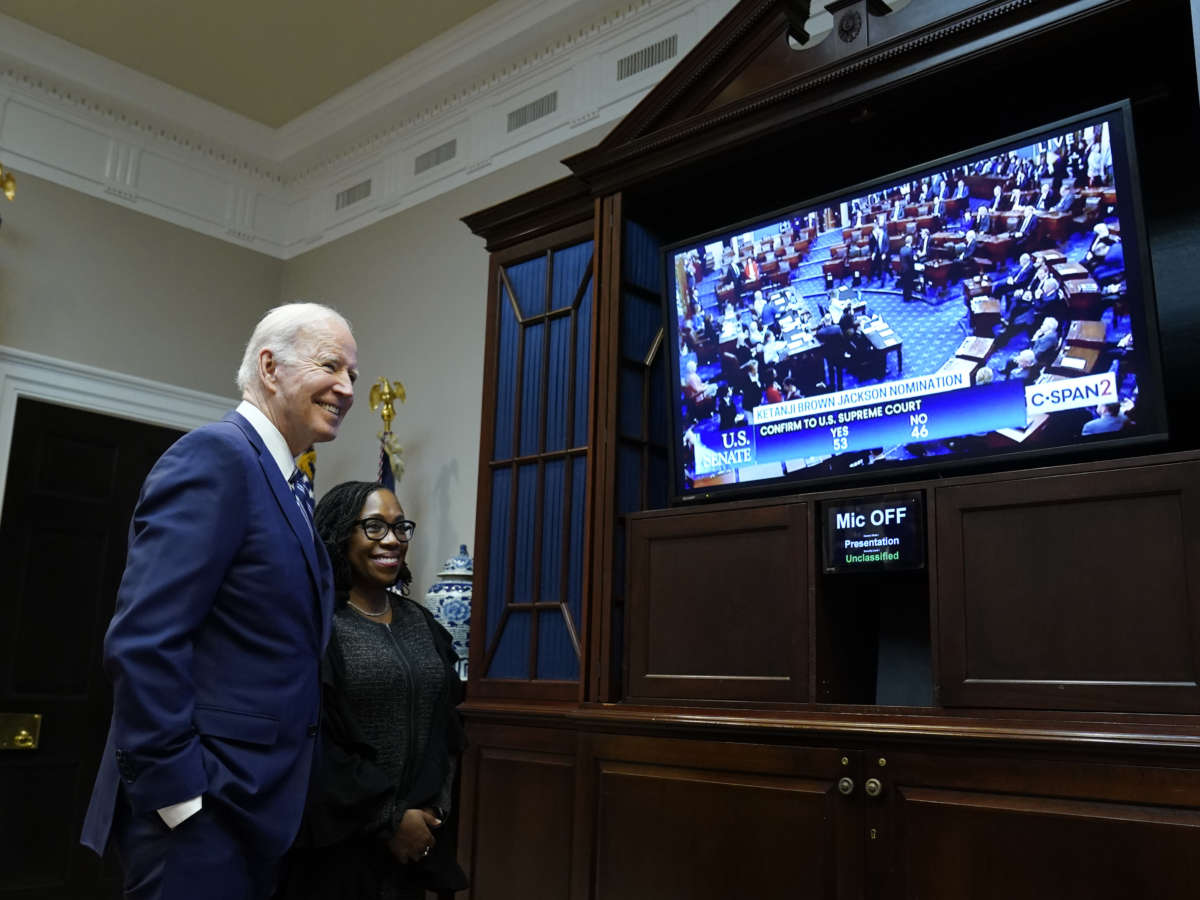 Jackson was confirmed by the Senate in a 53-47 vote with all members of the Democratic caucus and three Republicans voting for her nomination. She will assume her duties on the court in early summer when Justice Stephen Breyer retires.

After her graduation from Harvard Law School, Jackson clerked for Justice Breyer on the Supreme Court.

Jackson, 51, went on to serve eight years as a federal trial court judge and was confirmed in June for a seat on the U.S. Court of Appeals for the District of Columbia.

Before becoming a judge, she worked as a public defender and will be the first Supreme Court justice since Thurgood Marshall with experience representing indigent criminal defendants.

Her confirmation fulfills a major campaign promise from Biden, who pledged to name a Black woman to the high court.

It is possible that Jackson could be the only Supreme Court justice that Biden has the opportunity to see through the confirmation process. Democrats could lose control of the evenly divided Senate after this fall’s midterm elections giving Republicans the votes to block confirmation of any further nominees.

Two justices were successfully confirmed during Barack Obama’s presidency. During his term in office, Donald Trump named three justices to the court.

In an interview with Axios on Thursday, Senate Minority Leader Mitch McConnell declined to say whether he would hold hearings for any future Biden Supreme Court pick if Republicans regain control of the chamber.

In 2016, McConnell refused to hold hearings for Merrick Garland, Obama’s nominee to replace the late Justice Antonin Scalia, saying the winner of the pending presidential election should appoint Scalia’s successor.

After Justice Ruth Bader Ginsberg’s death before the 2020 presidential election, McConnell went against his precedent and confirmed Trump nominee Amy Coney Barrett in a record 30 days.