It’s On After All: Trump To Hold News Conference After White House Scrapped Briefing 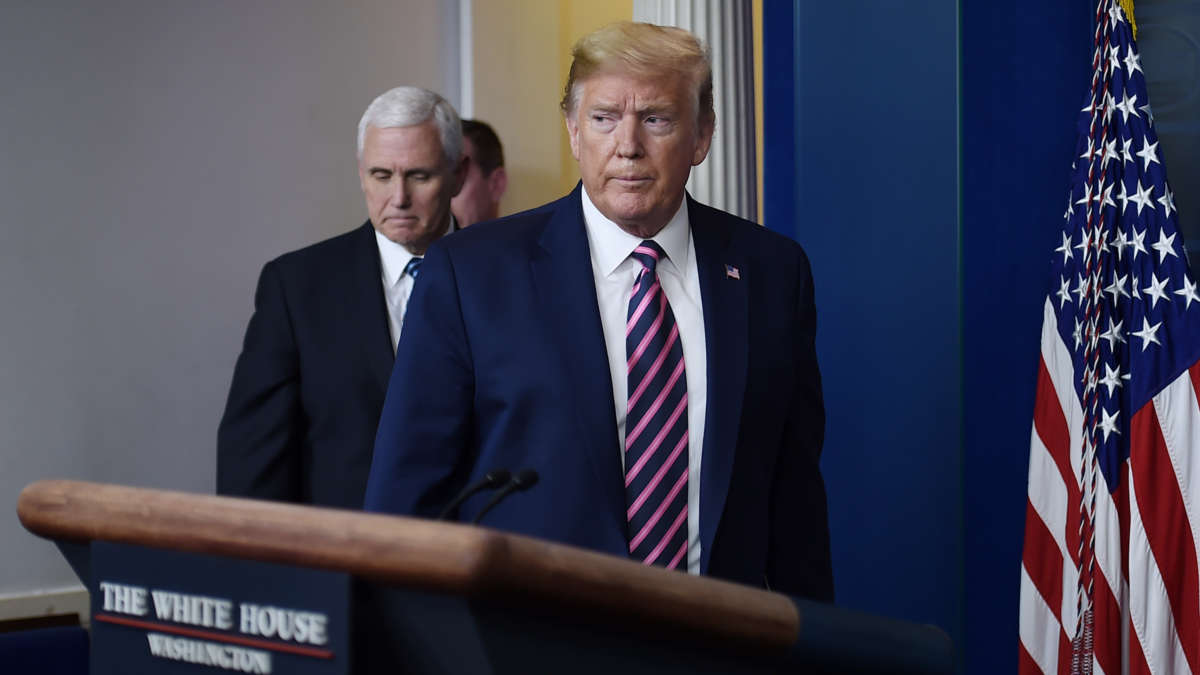 President Trump is seen with Vice President Pence in the Brady Briefing Room of the White House on Friday.
Image credit: Olivier Douliery

President Trump will hold a news conference Monday evening, after scheduling changes and amid ongoing discussions about whether to modify the White House coronavirus task force’s daily briefings.

Trump will brief the nation on “additional testing guidance and other announcements about safely opening up America again,” White House press secretary Kayleigh McEnany said on Twitter on Monday.

Earlier on Monday, the White House had scrapped its planned early evening press briefing. That followed a weekend without news conferences, during which the president complained about reporters’ questions at the appearances.

While Trump has boasted that the briefings receive high ratings, on Saturday he tweeted that they are “not worth the time & effort,” citing reporters’ “hostile questions.”

The news conference is set to begin at 5 p.m. ET. Watch it live here.

The daily briefings have become a mainstay of the administration’s public response to the pandemic, but they have also been a lightning rod for controversy.

Trump has faced criticism from opponents about the way he’s handled these briefings — spending much of his time sparring with reporters and often contradicting his own medical experts. Even some of the president’s supporters have complained that the briefings detract from the administration’s message.

Trump ran into controversy during Thursday’s briefing, when he asked medical officials to look into using disinfectants in humans to fight off the coronavirus. He later said he was being sarcastic, but the remarks prompted warnings from disinfectant manufacturers and some government agencies against ingesting dangerous disinfectants.

Friday’s briefing was short, about 20 minutes, and then there were no appearances Saturday or Sunday.

McEnany told Fox News on Monday morning that the sessions may “have a different look” moving forward.

She denied that the administration is cutting back on the news conferences, which often last for more than two hours.

“We’re looking at different ways to showcase this president leading. The briefing is a key component of that,” she said.