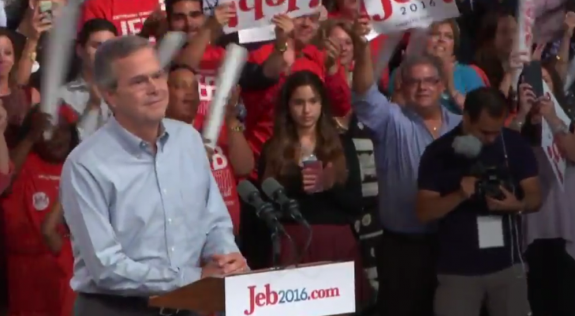 Former Florida governor Jeb Bush is now the 11th republican running for president. Bush kicked off his campaign on the campus of Miami-Dade College.

American flags and white signs with Jeb in big red letters served as the backdrop as Bush announced his run. Bush touched on education, foreign policy and lingered on the economy, saying he would give the current economic recovery a boost.

“There’s not a reason in the world why we cannot grow at a rate of 4 percent a year, and that will be my goal as president,” said Bush.

Bush next embarks on a fundraising swing through 11 cities, with two of those stops expected to bring in nearly $2 million.