It’s Lit! Latina Novelists On Living With (And Writing In) Two Languages 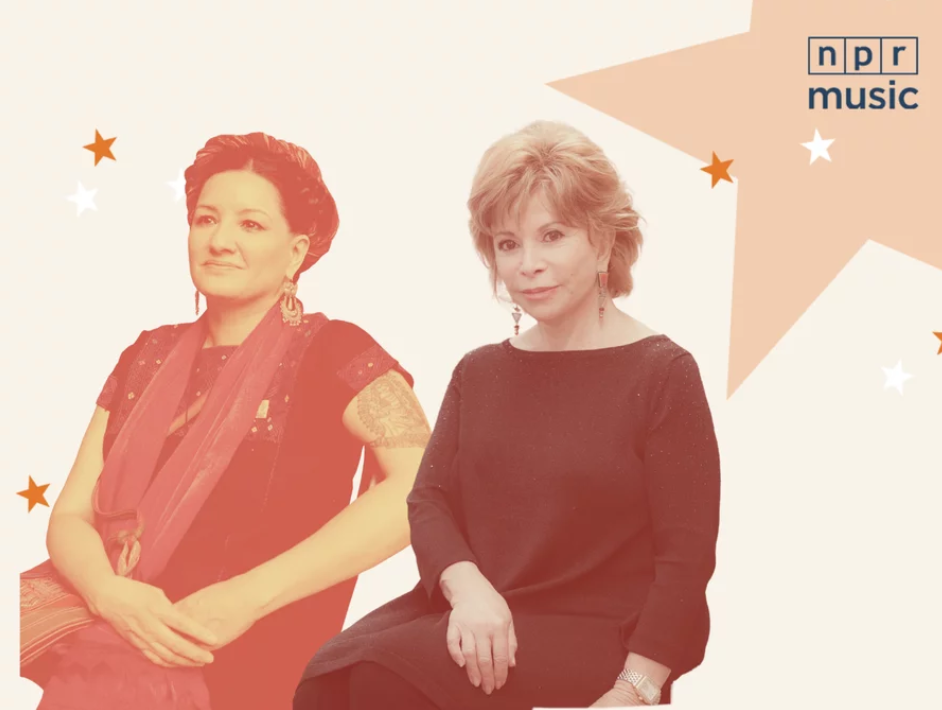 Novelists Isabel Allende and Sandra Cisneros do not have much in common — their personal histories, writing styles and subject matter all differ — but what they do share is a towering presence as icons in the world of arts and letters.

But they also received outsized recognition for their first works, published just a few years apart: Allende’s breakthrough magic realism novel La Casa de Los Espiritus was published in Argentina in 1982 (later translated and published in English as The House of the Spirits in 1985); Cisneros published The House on Mango Street, her Chicana realism novel, in 1984.

This week, we celebrate those differences in two wide-ranging conversations centered around their recently published books: Allende’s newest memoir, The Soul of a Woman, and Cisneros’ bilingual tale of ex-pat Latinas in Paris, Martita, I Remember You/Martita, te recuerdo.

But, as often happens during conversations with highly creative minds, the conversations touch on deeper philosophical matters: the role of women in Latino cultures, living and writing with two languages, and why you kill off the handsome male character by page 112.