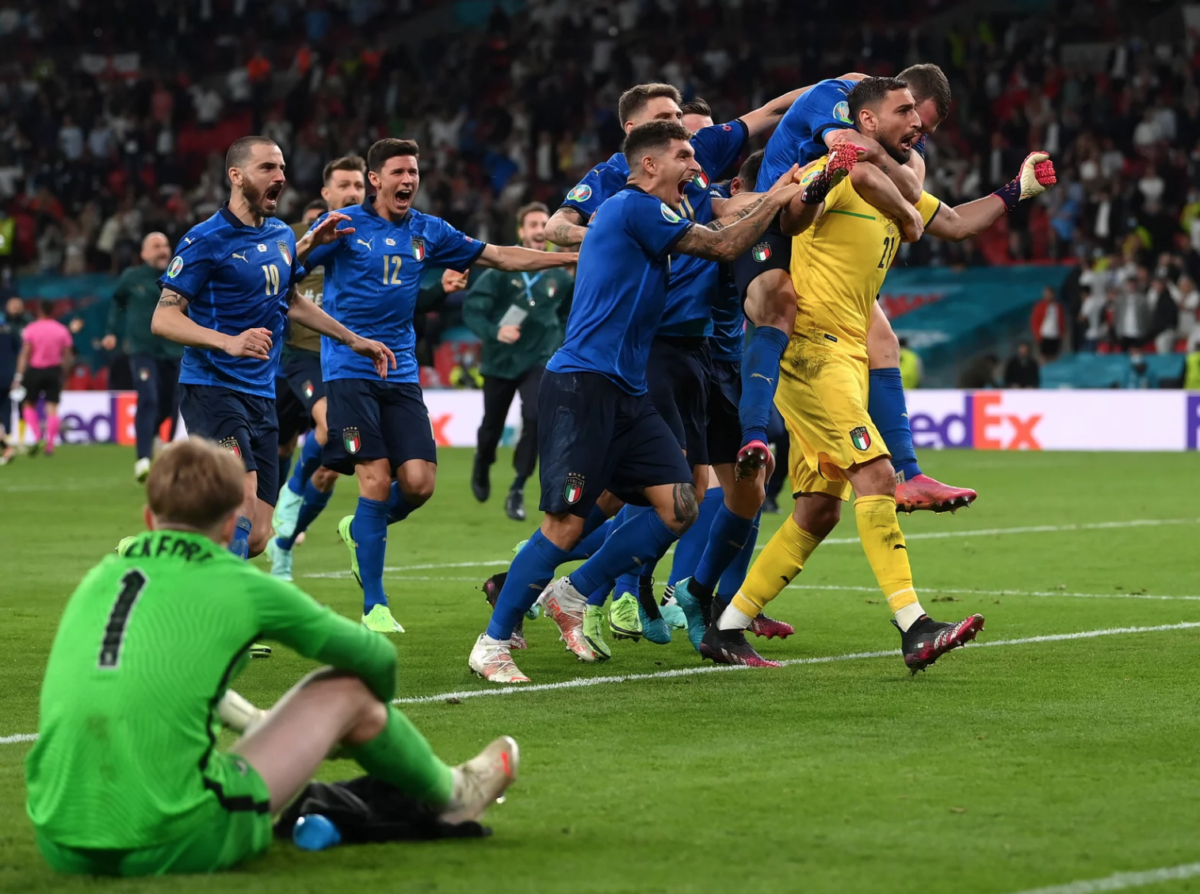 The Italian national team has won the 2020 men’s European soccer championship against England, finishing out a strong season and stopping England from a would-be historic international win for the first time in over half a century.

Italy reached victory during a penalty shootout, scoring three goals to England’s two. The match was held at England’s home field of Wembley Stadium in London, a year after the COVID-19 pandemic forced the postponement of the tournament.

The drawn-out penalty shots came after 30 minutes of already extended time and a 90-minute match that left the game tied 1-1.

England led throughout the first half of the game, following an early goal from Luke Shaw, though the team lost their lead in the 67th minute after a crucial goal from Italy’s Leonardo Bonucci.

Italy’s performance Sunday spotlighted the team’s strong record in real-time, having avoided a single loss for 34 games in a row.

The win also marks the first time Italy has won the Euro tournament since 1968. That said, the team has reached the finals three times over the last two decades and has four World Cup championships.

For England, Sunday’s game held much higher stakes; their advancement to the finals sent shockwaves throughout the country as the first time qualifying in the team’s history.

After decades of losses and an inability to secure an international championship win since the 1966 World Cup, the country rallied around their team’s closest shot at victory.

“It’s a song about breaking through your sense of disappointment with the prayer that all sports fans have at this time. You know, we are going to do it,” Baddiel said, “And so I think that’s why it really chimes with sports fans.”

The cultural movement sparked a response from some Italian fans leading up to Sunday’s game and after Italy’s win, with many reworking the phrase into, “football is coming to Rome.”