‘It Was Just Thrilling’: 2 NPR Founders Remember The First Days, 50 Years Ago 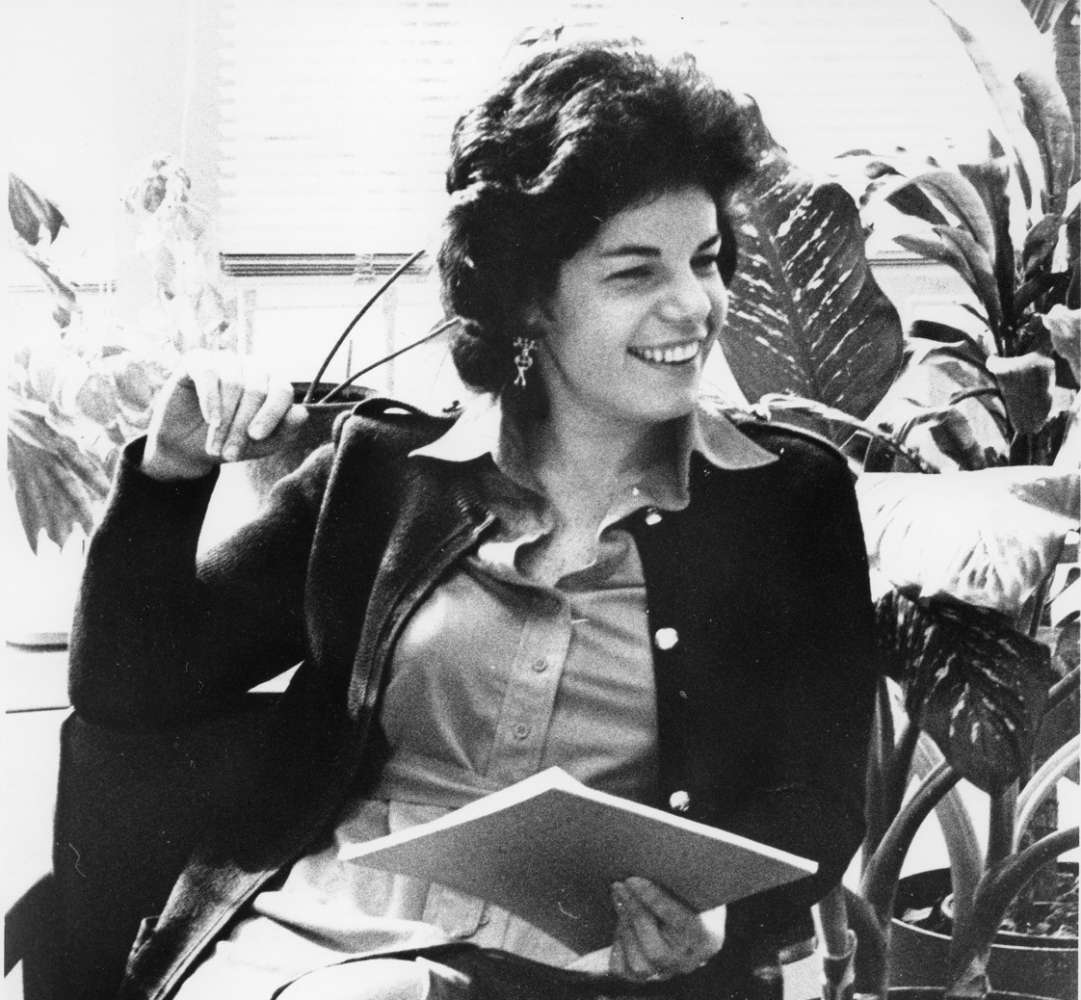 Susan Stamberg co-hosted All Things Considered from 1972 until 1986 — she's the first woman to anchor a daily national news program in America. She is now an NPR special correspondent.

On May 3, 1971, 20,000 demonstrators came to Washington, D.C., stopping traffic in the streets in a protest against the war in Vietnam.

On that same day nearly 50 years ago, NPR, then a fledgling news organization, premiered a new afternoon show. In its first show, All Things Considered presented a 23-minute sound portrait of the day’s protests and confrontations that was broadcast to stations across the country.

ATC creator Bill Siemering says he wanted that first broadcast — and the ones that would follow — to offer a different take on the news: “I wanted to hear voices that aren’t heard generally on the air and to have first-person accounts of these things,” he says.

Susan Stamberg, who co-anchored ATC from 1972 until 1986, was working as a production assistant when the show debuted. She says the initial broadcast felt like a “revelation.”

“It’s radio that I had never heard,” Stamberg says. “Sounds that had never existed, that had never come out of a radio across the country at the same time. I mean, it was just thrilling.”

A year later, Stamberg made history as the first woman to anchor a daily national news program in America. Siemering says her voice was perfect for ATC.

“It has rich tone [and] color,” he says. “It’s the sound I really wanted for NPR. It’s the sound that I still think represents NPR the best: this insatiable curiosity.”

From its inception, ATC has blended the hard news of the day with arts and general interest stories. Siemering describes it as a “variety of textures and intensity.”

“One of the things that was in the [NPR] mission statement was: ‘Listeners should feel that the time spent with NPR was among their most rewarding in media contact,’ ” he says. “I think that’s been true.”

On the NPR mission statement, which he wrote in 1970, which promised programming that would allow listeners to “intelligently participate in affecting the process of change”

Siemering: Change is a given, and it’s how those changes are made and what are the intentions of the changes that are really important. And by having the information to understand the context by which change decisions are made, we’ll be more intelligent. We can’t make the right decisions with the wrong information. And one of the problems now, I think, is public ignorance is a great threat to the country because people are believing things that are untrue and they can’t make the right decisions based on that. …

[The mission statement] was intentionally, to some extent, aspirational, but also, I thought, practical. It was to differentiate NPR from commercial broadcasting, from PBS and from the old educational radio.

On what she remembers from the first day of ATC

Stamberg: I was in the control room, as I remember. Many of us had crowded in there. We didn’t have speakers outside that would allow us to listen to what we were broadcasting. We had to stay out of the way of the reporters, a handful of them, maybe five, who were sent out, scattered throughout different parts of this demonstration to pull in these sounds. I called it “guerrilla radio” because that’s what it sounded like to me. But sitting in the control room and keeping out of the way of those reporters who would be running back into our office and racing into the control room and throwing their reels of tape — these were the days of tape, metallic tape that you edited with razor blades and then pieced together with sticky tape — staying out of their way so they could throw the reels across the control room to get them to the equipment that would carry them out to listeners. It was just an extraordinary day. I will never forget it. …

On Siemering’s advice to her when she started hosting ATC

Stamberg: The most valuable thing that he said at the time, as I was trying to be as “authoritative” as those men, was, “Be yourself.” And I thought, what could he mean? … Nobody says “Be yourself” except Mr. Rogers. Other people say, “Sit up straight. Cut your hair. Comb your hair. Lose five pounds. Make some correction.” But not Bill. He said, “Be yourself,” because that’s what he wanted to hear on the radio. The natural sound of human beings talking to one another.

On finding her on-air personality

Stamberg: It was all sort of an accumulation. I mean, it certainly didn’t happen all at once. I would listen carefully after we went off the air to what it sounded like and what struck my ear and changes that I thought I ought to make the next day. But again, I had tremendous guidance from Bill, as always, from a phrase from that mission statement … and it was that one of the goals of National Public Radio would be to “celebrate life.” And I sort of devoted myself to that.

First of all, the arts were always so important to me from the time that I was a child and I loved music and I loved poetry and I loved visual arts. All of that, and being raised in New York, I was lucky enough to be able to be exposed to some of the best of that. And I carried that love with me into the broadcasting that I did. … You never heard anything like that on formal news programs except when you turned to public radio. … And that continues — not as much as I wish it would — but that continues into today.

Siemering: Susan has “air presence,” which is something that may be difficult to define, but you know it. It’s like stage presence. And not all reporters have air presence like that, that can host the program. But when Susan comes on, you listen. It’s a quality that is important, that isn’t talked about much. But it was really what I liked about her. And you can hear that every time she comes on the air now.

On why they both keep working into their 80s

Stamberg: I don’t know how to play golf. I don’t know what I would do with myself, Terry. I’m a widow, so I don’t have a partner to turn to or to travel with or [to] do the things that I would do if he were still alive. It’s very important to me to keep a focus, to have a structure to my day, because that’s all I’ve ever known since I first started working anywhere. And because I can get so involved in the things that I’m curious about and share them with readers and with listeners. And also, I need the IT people because I’m an idiot when it comes to technical stuff. So for all these reasons, I will never retire.

Siemering: My work with the Wyncote Foundation is ideal for me, because I’m dealing with ideas and I also give talks to university classes or radio stations about the history and also the impact of radio in developing countries. So this is my favorite thing to do. And I love my work. And I don’t know how to golf either. And I just want to continue this as long as I can.

Phyllis Myers and Thea Chaloner produced and edited the audio of this interview. Bridget Bentz, Molly Seavy-Nesper and Beth Novey adapted it for the Web.