‘It Takes One To Know One,’ Putin Says After Biden Agrees Russian Leader Is ‘A Killer’ 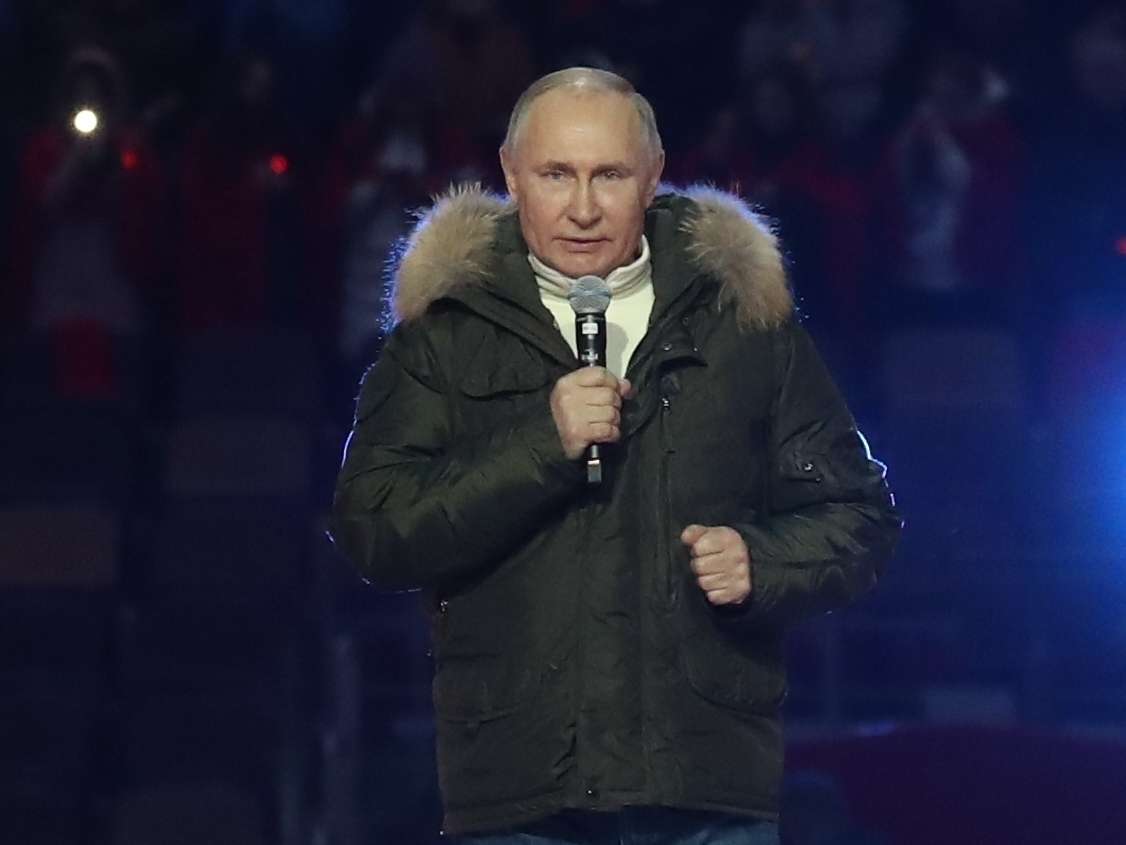 Russian President Vladimir Putin speaks Thursday before a concert marking the seventh anniversary of the annexation of Crimea from Ukraine. The banner behind him reads, "Russia-Crimea-Sevastopol."
Image credit: Vyacheslav Prokofyev

MOSCOW — Russian President Vladimir Putin has reacted angrily after President Biden agreed in an interview that the Kremlin leader was “a killer.”

“It takes one to know one,” Putin said on national television, adding that the children’s taunt had a “very deep meaning.” People often see themselves reflected in others, Putin said, suggesting that Biden was projecting on him American guilt for slavery and the treatment of Native Americans.

Biden’s off-hand comment in an interview Wednesday with ABC News has ended months of tight-lipped anticipation in Moscow about where relations might head under the new administration. Hopes were not particularly high for the relationship, which Putin said in November was so spoiled that it couldn’t be spoiled any more.

The Kremlin is finding itself in an increasingly tense standoff with the West. Russia is believed to be behind the SolarWinds hack that breached U.S. government and industry computer networks, and the United States has joined its European allies in condemning the poisoning and imprisonment of Alexei Navalny, Putin’s most vocal critic. Last month, Foreign Minister Sergey Lavrov warned Russia might cut ties with the European Union over sanctions related to Navalny.

Now the Russian Foreign Ministry has summoned its ambassador to Washington back to Moscow for urgent consultations to avoid “an irreversible deterioration in relations” with the United States.

Putin’s spokesman, Dmitry Peskov, called Biden’s remarks “very bad,” unprecedented and a sign that the Biden administration was not interested in improving relations.

Asked by ABC News’ George Stephanopoulos if he thinks Putin is a killer, Biden said, “Mm-hmm, I do.” The president also said Putin would “pay a price” after U.S. intelligence released a report that found the Kremlin had tried to help former President Donald Trump win reelection last year.

Stephanopoulos’ question echoed an exchange that Bill O’Reilly had with Trump in 2017 on Fox News. When Trump said he respected Putin, O’Reilly replied that Putin was a killer. Trump answered: “There are a lot of killers. Do you think our country is so innocent?”

After the interview, the Kremlin demanded an apology from O’Reilly.

Putin responded to Biden’s comments during a videoconference with people in Crimea to mark the seventh anniversary of Russia’s annexation of the Black Sea peninsula from Ukraine. One participant, the representative of a music festival, asked Putin what he made of Biden’s remarks.

“What would I tell him? I would say ‘stay healthy.’ I wish him good health. I am saying this without irony or joking,” Putin said.

Later, Putin went on state television again to invite Biden to a public discussion that would be broadcast live in Russia and the United States. He said he was ready to talk as early as Friday.

White House spokesperson Jen Psaki seemed unaware of Putin’s invitation when she was asked about it at a briefing Thursday. She noted that Biden had previously spoken with Putin.

“In terms of a future meeting,” Psaki said, “the president will of course be in Georgia tomorrow and quite busy.”

Over the weekend, Russian Ambassador Anatoly Antonov is expected to return to Moscow to consult over the future of relations.

The last time Russia recalled an ambassador from Washington was in 1998 when the Kremlin protested U.S. airstrikes against Iraq.