Isaias near hurricane strength as it crawls toward Carolinas 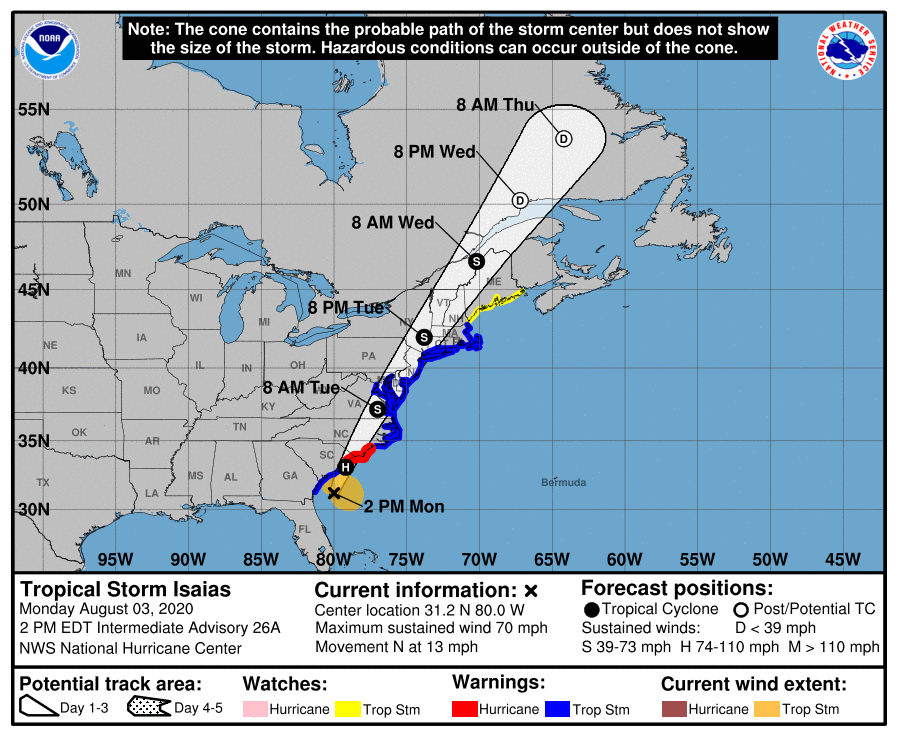 NORTH MYRTLE BEACH, S.C. (AP) — Isaias is forecast to regain hurricane strength and strike land in the next few hours in the Carolinas. Coastal dwellers in the projected path of the storm braced for possible flooding rain and storm surge.

Isaias remained a tropical storm with winds of 70 mph as of Monday afternoon, its center about 180 miles south-southwest of Myrtle Beach, South Carolina.

Officials in Myrtle Beach ordered swimmers out of the water Monday and downtown Charleston braced for potential flooding.

In North Carolina, officials were wrapping up evacuations of Ocracoke Island, which took a beating last year from Hurricane Dorian.

The National Hurricane Service said Monday morning that the storm is growing stronger again as it moves toward the Carolinas with maximum sustained winds around 70 mph.