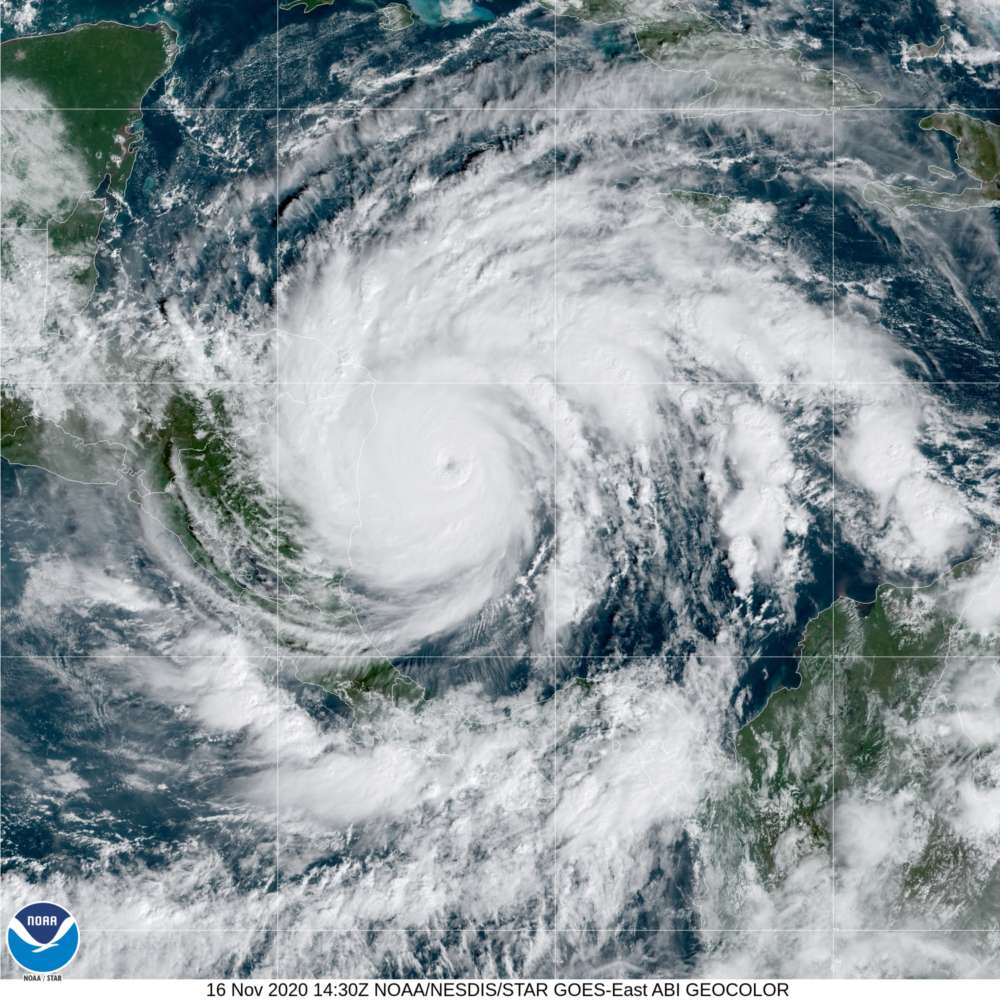 Iota made landfall late Monday evening along the coast of Nicaragua as a category 4 hurricane.

The storm briefly achieved category 5 intensity for a few hours on Monday, the only hurricane to do so during the 2020 season and the latest in the season a category 5 has formed in the historical record.

“Iota made landfall about 12 miles south of where Hurricane Eta did less than 2 weeks ago. Significant wind damage and up to 20 inches of rain is likely in northern Nicaragua and Honduras. The big difference between Iota and Eta is that a large high pressure ridge in the Gulf will prevent this storm from turning north toward the U.S.”

Forecasters at the National Hurricane Center are tracking, believe it or not, another low pressure area later this week in the western Caribbean that they say has a medium chance of developing into the season’s next depression.