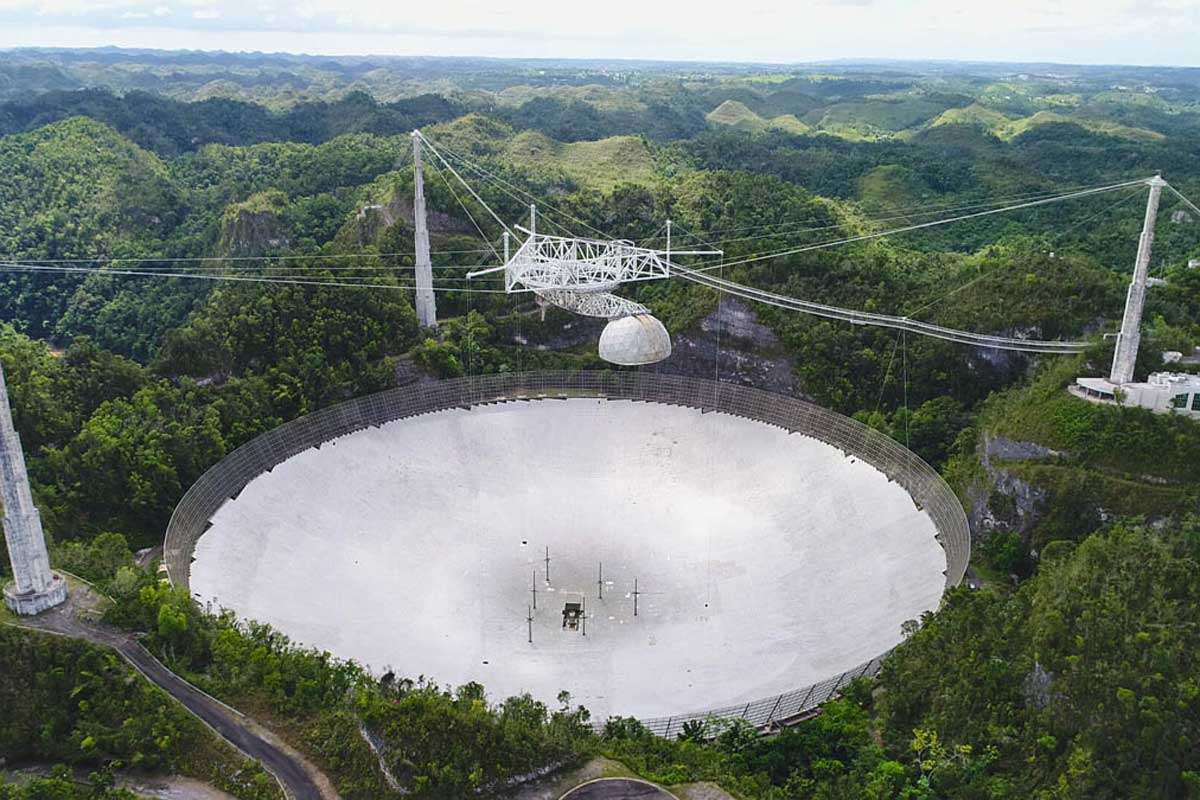 Operations at the UCF-managed Arecibo Observatory (pictured here in the spring of 2019) are stopped until repairs can be made from an incident in August that caused a 100-foot-long gash on the telescope’s reflector dish. Photo: UCF

Work continues to uncover the cause of an accident that has taken down an asteroid-hunting observatory in Puerto Rico. The Arecibo Observatory went offline back in August after a cable above its dish snapped, causing a metal platform to fall onto the reflector and damage it.

“We continue to make progress, but the process is slow, as we develop a comprehensive plan for facility repairs while prioritizing the safety of our staff,” said Francisco Cordova, the director of the facility. “Our staff, as well as the external firms that have been hired are working diligently to understand the cause of the failure and make plans on how we can return the telescope to normal operations as soon as possible.”

Managers used computer modeling to analyse the structural stability of the dish before they begin repairs. A socket that was involved in the accident has been removed and was shipped to NASA’s Kennedy Space Center for further forensic analysis.

The National Science Foundation, which owns the dish, approved a temporary repair plan  but it’s unclear just how much it will cost or how long it will take.

“Bottom line, we are making significant progress towards restoring the operational capability of this historic facility,” Cordova said. “We are extremely grateful to the continued support we’ve received from the AO community.”

The University of Central Florida manages the facility for NSF under a cooperative agreement with Universidad Ana G. Méndez and Yang Enterprises, Inc.