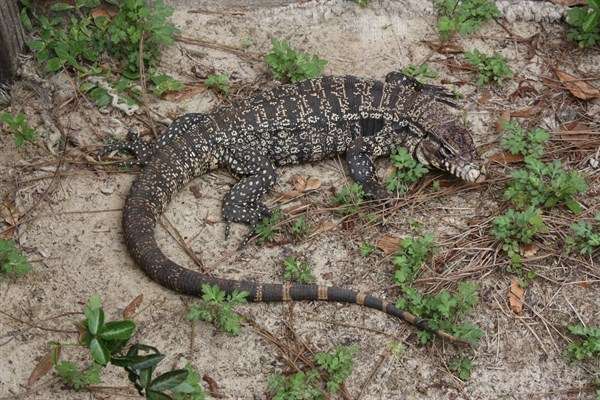 A wildlife trapper is on the hunt for an invasive tegu in Palm Bay. This lizard was spotted near Jupiter Elementary School.

Tegus are originally from South America and can grow up to four feet long. Wildlife trapper James Dean said this is the first tegu lizard he’s been called to catch in his twenty years of animal trapping. He said he’s gotten calls from people worried about children and pets. He reassured them this lizard is not a threat.

Dean said this tegu may have been released or could have escaped from someone’s property during the Fourth of July fireworks.

Florida Fish and Wildlife Conservation Commission says don’t touch wild, invasive species. And that if you see this or any other exotic animal, take a picture, note the location and report it at 1-888-IVE-GOT1 (1-888-483-4681)

Wildlife officials want to catch this lizard so it doesn’t breed here as tegus have done in Hillsborough and Miami-Dade Counties.