‘Into the Woods’ returns to Broadway 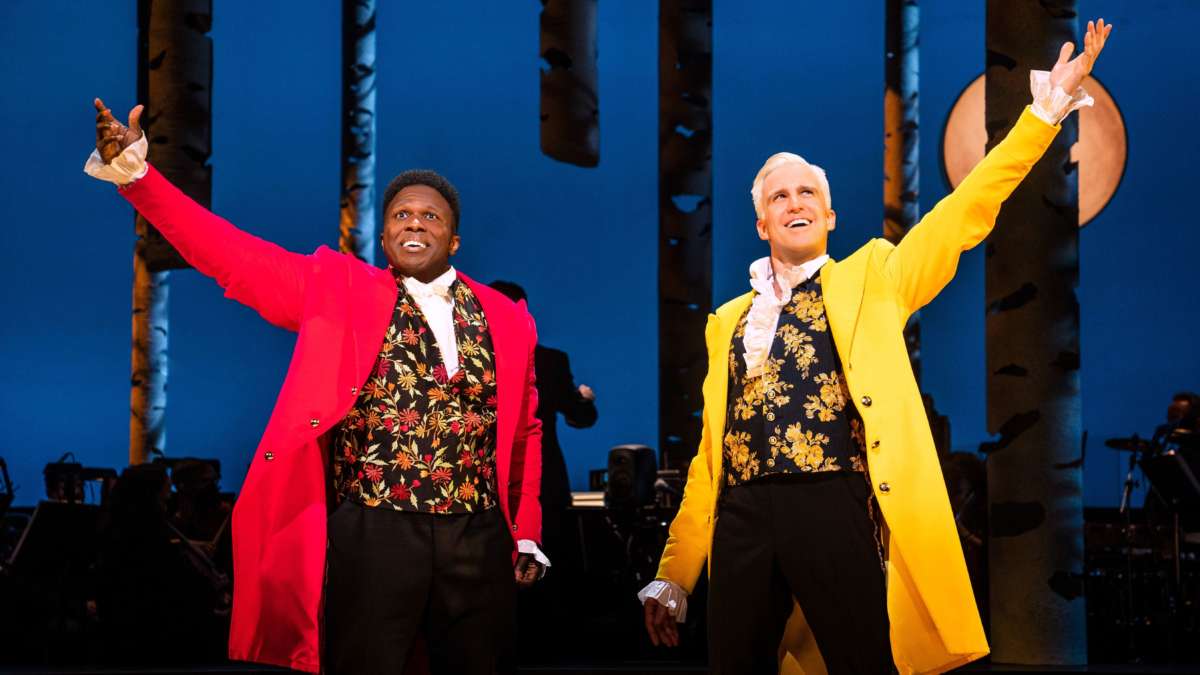 Joshua Henry (left) and Gavin Creel in Into the Woods.

Many fans of Stephen Sondheim and James Lapine’s musical Into the Woods, a mash up of Grimm’s Fairy Tales that is both funny and serious, just got their wish. A production of the show, starring Sara Bareilles, that had a limited run at New York’s City Center in the spring, has moved to Broadway, where it’s received rave reviews and is playing to sold out houses. For those familiar with the original, it’s a different kind of production.

Fresh off their Pulitzer Prize-winning musical Sunday in the Park with George, composer/lyricist Stephen Sondheim and librettist James Lapine wanted to write a new show together and landed on the idea of taking various fairy tales – Cinderella, Little Red Riding Hood, Jack and the Beanstalk, among them – and mixing them all together, with their own story of a childless baker and his wife.

“The show opens with the words ‘I wish’ and closes with the words ‘I wish,’ ” explained Sondheim in a video he recorded for Music Theatre International, the company that licenses productions of the show. “And this isn’t just because they’re fairy tale languages, but in fact, what the show is about is a group of people who have various wishes, and during the course of the show, they get their wishes. But, in so doing, upset the natural order of things and have to pay for it in the second act; become a community, submerge their individual wishes into a community wish and thereby save the world, so to speak.”

The show is probably Sondheim’s most popular musical – it ran for two years originally, was taped for PBS, has been revived on Broadway, is performed in professional and community theaters and schools around the world. In 2014 it was turned into a Disney film, starring Meryl Streep.

“Part of what is glorious about it is you can come to it at many different stages in your life and enjoy it,” says Lear Debessonet, who has directed this revival. “And also notice different things about it based on where you are.”

She says she listened to the cast album as a kid growing up in Baton Rouge, La. “This cast album I credit with my obsession with lyrics,” explains Debessonet. “This was the cast album that taught me what lyrics can do. And the fact that a lyric has the power to hold, not just one or two meanings, but four or five meanings. And so, I’ve loved this show deeply for a very long time.”

Debessonet says in the darkest days of the pandemic, she found herself thinking about one particular lyric, from the song “No More,” after she put her three-year-old son to bed. She quotes it: “How do you ignore all the wolves, all the lies, the false hopes, the goodbyes, the reverses, all the wondering what even worse is still in store…” She says “the precision of the emotional and spiritual insight of that question” led her to approach Sondheim and Lapine with another question: “And basically, I said, ‘Whenever theater is back, whether we come back in six months or in five years, the first thing I want to do when we’re back in a theater is direct Into the Woods.’ And they said ‘Yes.’ ”

Sondheim was involved in some of the preliminary casting but passed away five months before the show was staged, says music director Rob Berman. “It really feels like we’re doing an American classic,” he says. “And to do it so soon after Steve passed away, it feels so meaningful.”

It began as part of the Encores! series at City Center, which puts on semi-staged concert versions of musicals. The orchestra is onstage and there are very few scenic elements – something director Debessonet has retained for Broadway. “In a sense, the gift of stripping away fancy stage mechanics and making it just about these words, these people and their communion with the audience,” she explains, “that’s the center of our production. And I think it’s part of what people have loved about it.”

Pop star Sara Bareilles, who penned the hit musical Waitress and stars in Girls5Eva on Peacock, says she feels the love coming from the audience. “It’s like a rock concert every night,” she says. “We really get the sense that we’re giving these audiences something they really, really want and they really need right now.”

Joshua Henry, who plays Rapunzel’s prince and has starred on Broadway in Carousel and Hamilton, says some members of the audience know every lyric and every line. But, more important, they relate to the characters. “I think a show like this that has so many complex characters that talk about the human experience,” he says. “I mean, I don’t feel like there’s one emotion or one experience that humans … experience that is not in this show.”

In the second act of the show, the characters face the existential threat of a giant, who creates chaos in the kingdom and several main characters die. In 1987, it was a metaphor for AIDs, the 2002 revival opened shortly after Sept. 11, and now this revival comes after more than a million Americans have died of COVID. Music director Berman says part of what makes the show continue to work is how – like fairy tales, with their archetypal characters, it’s all about interpretation. “In the show, the giant is just the giant,” says Berman. But “as an audience and as humans, we just we take it to these other places that make it meaningful. And we connect to it the things that are going on in real life.”

Henry says, even though Sondheim isn’t around, his spirit is. And his collaborator, Lapine, wrote the cast a letter for opening night. “And put it backstage and said that this version of the production specifically is one that Steve would be immensely, immensely proud of,” Henry says. “So, hearing him say that was like woof, you know, really hits you.”

And for those who can’t catch the limited run of Into the Woods on Broadway, a new cast recording was made this week and will be available to stream in September. Wishes do come true.