Intersection: What Summer Can Look Like For Central Florida Animal Shelters 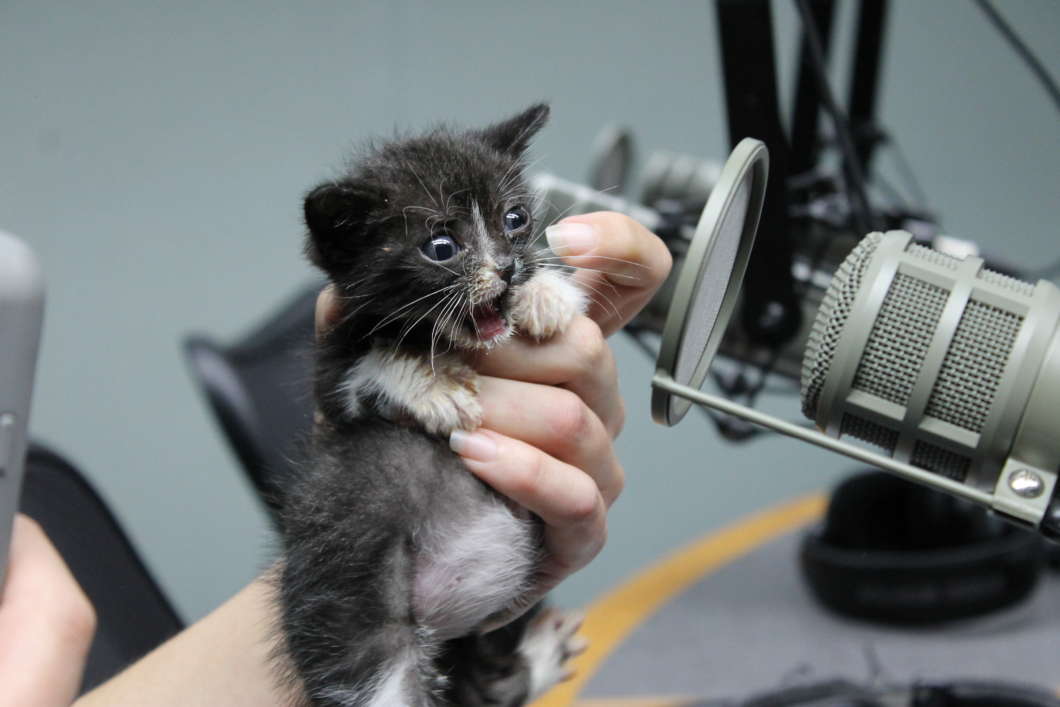 Whitney Boylston holds up Jefferson, one of six kittens that arrived on July 3 in Lake County. Photo: Matthew Peddie, WMFE.

Summer may be a time for relaxation for most people, but at an animal shelter it means receiving more cats and dogs. At Orange County Animal Services, they receive 50 to 100 animals a day.

For Lake County, it’s more than just cats and dogs turning up at the shelter.

“For whatever reason we have a whole lot of pigs down in Lake County right now,” says Lake County Animal Services director Whitney Boylston.

“I’ve got six pigs up for adoption and we are expecting a very large bird, perhaps an emu, on its way right now,” Boylston says.

“Around 4th of July we do receive an uptake in dogs and, really the summer as a whole, an increase in kittens,” Summers says.

Social media has played a vital role in the adoption of these animals at both animal shelters.

“We found that it’s a great way to reach new audiences and always promote the unique stories. Each animal has a little bit of personality or potentially has an interesting background and social media gives us a way to highlight that,” Summers says.

“We’ve got a very active Facebook page [with] lots of followers. We encourage everybody to share the pictures of our pets because you never know who is going to fall in love,” Boylston says.

The sales of dogs and cats in Lake County was prohibited in May to encourage more adoptions and discourage “inhumane breeding practices.”

“By cutting these out of our community, then we’re promoting our adoption of our adoptable pets because we have so many homeless pets that need you,” Boylston says.

An animal shelter leadership symposium will be hosted by Lake County in August to help encourage a partnership among Florida shelters.

“So far we’ve had 13 counties say that they’re on board and we’d love to talk about our common challenges, solutions, what’s working and what’s not working in our area and how we can help one another,” Boylston says.

“Each county has potentially a little bit different of a strength and weakness, so I love the idea of working together so that we can potentially move some animals around in an effort to find them ideal placements,” Summers says.