Intersection: ‘We Are Family’, An Exploration Of Grief And Healing 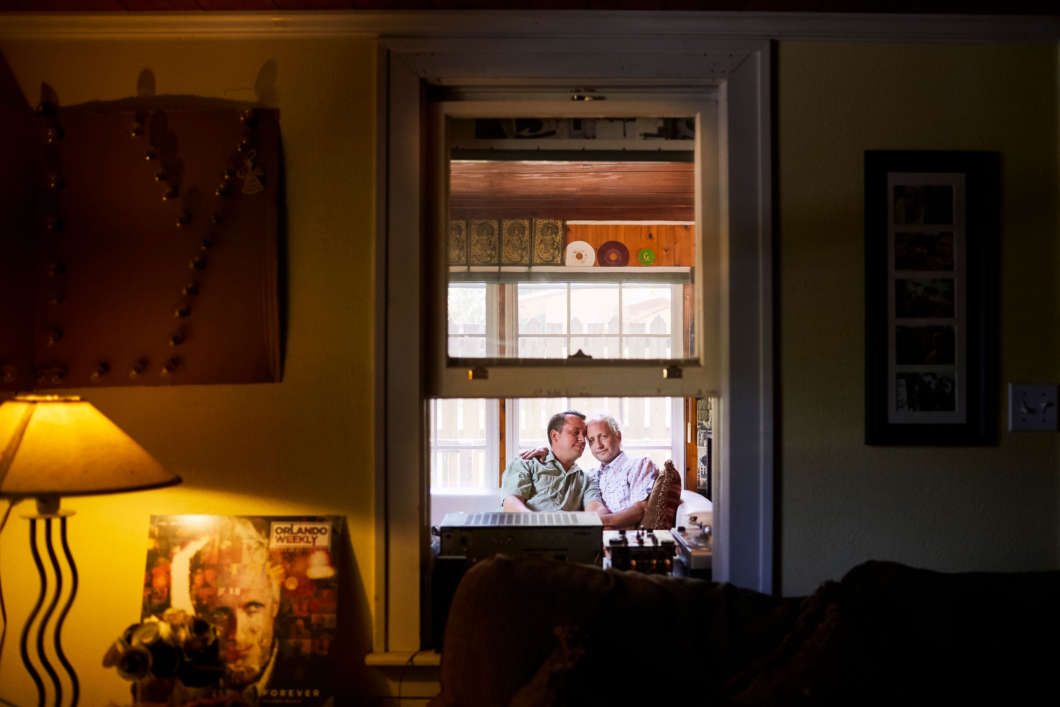 (R) Billy Manes, former editor in chief of Watermark, central Florida's LGBTQ publication, which covers everything from Space Coast to St. Pete and all areas in between, and his partner Tony Mauss. Manes passed away on July 21, 2017. Photo: Cassi Alexandra

When photographer Cassi Alexandra was a college student in Orlando, she found support at the Pulse nightclub. Now she is working on a project to tell the stories of those affected by the Pulse tragedy through words and portraits. We Are Family  serves as an exploration of the grief and healing process.

Alexandra began working on the project a few weeks after the tragedy when she says she had “a moment of clarity” while she attended a wedding of friends who had met at Pulse ten years earlier.

“When I came down to Florida, I reached out to everyone I had known when I lived here and started that way and just embraced the fact that I was too close to the topic instead of seeing it as a negative,” Alexandra says.

She says the interviewing process has been educational in teaching her more about the community and herself.

“I found that my going to people’s houses or sitting down with them was a relief for them as much as it was a relief for me to sit there and listen to those stories and take on that grief,” Alexandra says.

“Throughout the project I’ve kind of felt like I started it without realizing it as an ode to the city and to the LGBTQ community that held me up and created this safe and beautiful space when I needed it most,” Alexandra says.

Alexandra says she was able to relate with the people she was interviewing because she had experienced her own grief after the death of her friend, video journalist James Foley. A few months after his death, she began working on a project about healers in New York.

“It began there. That’s how my work has evolved to what it is now,” Alexandra says. “It started out physically photographing healers and learning about that world to now my point of trying to teach people how to evoke those things in their own lives.”

Alexandra is raising money through Kickstarter to turn the online project into a book and eventually a traveling exhibit.