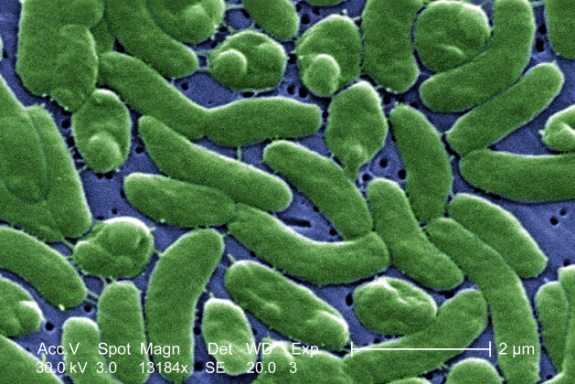 Vibrio vulnificus is one type of bacteria found in Florida.

If you’re swimming in your pool or in one of Florida’s many lakes and rivers this summer, you’re probably not swimming alone. Bacteria, parasites and amoebas that could make you sick are lurking in the water.

Alvina Chu, an epidemiologist with the Florida Department of Health in Orange County, says the things that cause water borne illness, like cryptosporidium, legionella,  vibrio vulnificus and naegleria fowleri, are naturally occurring in our environment.

“They can be found in freshwater in lakes and ponds,” Chu says.

“They can also be found in treated water which is not properly chlorinated.”

“The fact of the matter is bacteria are really smart and they’re really hard to kill,” Prieur said.

“We do have seasonal increases every year based on the interaction during the summer months of persons going outside and enjoying recreational waters,” Chu says.

“We want people to be aware, but we don’t want them to be afraid to go out and enjoy a healthy lifestyle,” Chu says.

There are preventative measures people can take to combat these waterborne pathogens.

“Do not swallow or drink the water that you’re bathing in, for lakes and also for swimming pools,” Chu says.