Intersection: Viewing The Eclipse Without Looking Right At It 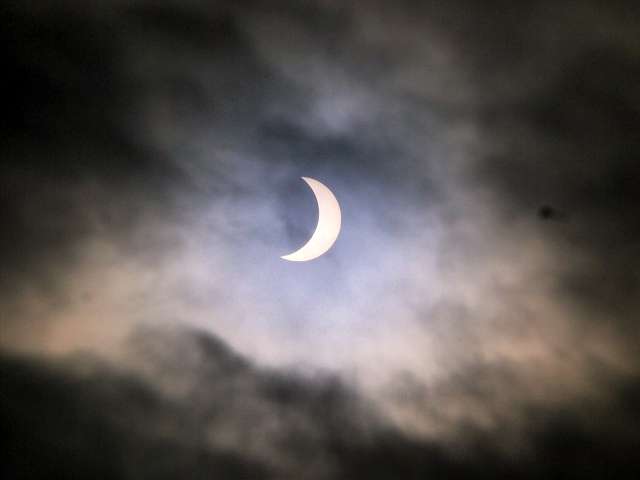 Astronomers and amateur stargazers are preparing for the solar eclipse, which tracks across the United States on August 21st. Central Floridians will see a partial eclipse that will cover about 87 percent of the sun for a few minutes.

Seminole State College Planetarium coordinator Michael McConville tells 90.7’s Brendan Byrne about what Floridians will be able to see during the eclipse.

McConville said the partial eclipse that Floridians will be able to view will be more like a crescent sun, almost like a crescent moon. Some of the best images of the eclipse may not be up in the sky but down by your feet through the trees and the light will go through the holes between the leaves.

“You’re going to look down on the ground and see literally thousands of little eclipses,” he said.

If you’re in the light of totality the corona of the sun will be able to be seen, McConville said.

McConville said eyeglasses with a reference to ISO, the International Standards Organization, on the back them will be safe enough to view the sun for a long period of time. However, if you have fake glasses there may be no protection for infrared or ultraviolet light that can still hurt your eyes.

“For every million parts of light we receive we only want to look at one part to safely be able to view the eclipse,” McConville said.

McConville said eclipse viewing eyeglasses can be found at Lowe’s Home Improvement, and maybe even on Amazon.

There will be a free solar eclipse viewing event on August 21st at the Planetarium at Seminole State College in Sanford, and Lake Mary.