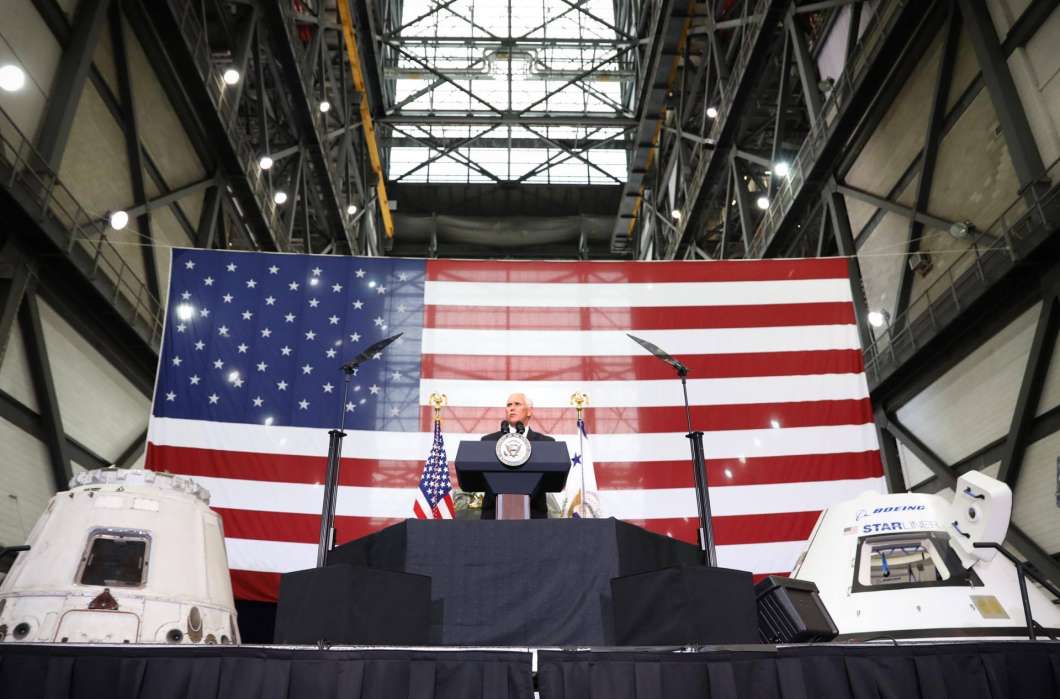 The National Space Council which disbanded for nearly a quarter of a century was re-formed last week. The council will oversee space policy across NASA, intelligence organizations and the military. It’s headed up by Vice President Mike Pence, who stopped by the Kennedy Space Center for a tour yesterday.

The council will play a key part in shaping the US approach to space exploration. Returning Americans to the moon and getting boots on Mars were a couple of the points stressed by Vice President Mike Pence during his visit at the Kennedy Space Center.

However, it’s a different era from the early 90’s when the space council was last together. Private companies play a much bigger role in getting cargo into orbit, and someday returning to launching astronauts from US soil.

So what part does the space council play in shaping this policy? Is Vice President Pence the right person to lead that council? And what does it mean for NASA… and the private companies vying for a piece of the action here on Florida’s Space Coast?

Phil Larson, assistant dean at the college of Engineering and Applied Science at the University of Colorado Boulder, and former SpaceX communications manager and adviser to the Obama White House joins Intersection.

Other speakers include Dale Ketcham, head of strategic alliances at Space Florida, and Brendan Byrne, 90.7’s space reporter and host of the “Are We There Yet?” podcast.