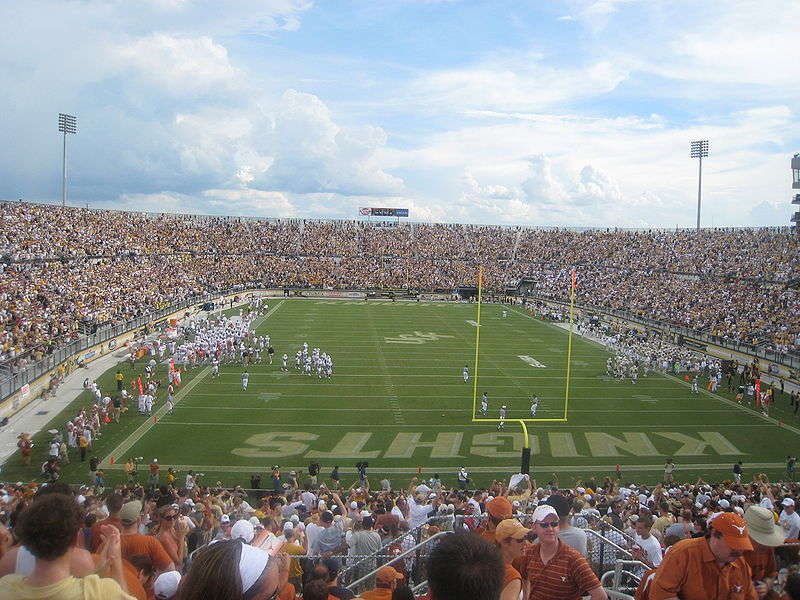 The LSU Tigers brought UCF’s 25 game winning streak to an end at the Fiesta Bowl on New Year’s Day.  As the team prepares for the offseason- UCF’s two year undefeated streak leaves a question about what goes into deciding who makes the college playoffs.

Jeff Sharon is the editor of the Black and Gold Banneret, and a UCF grad himself. He joins Intersection to dissect the Knights loss’ and what their winning run says about college football.

“The Knights’ last loss was in December of 2016, during the Obama administration, if you can believe it, in Camping World Stadium at the Auto Nation Cure Bowl against Arkansas state,” he says.

By comparison, Sharon says the University of Miami Hurricanes had a winning record of 34 straight games in the early 2000’s.

“When you look back at it, it’s truly remarkable what this team has been able to do under two different head coaches, with two completely different coaching staffs,” says Sharon.

He says UCF’s performance over the last two seasons raises questions about how the college playoffs are structured.

“We’re not going to get invited into one of the power five conferences just yet, so what do we and the other 65 teams have to do? We’ve kind of broken the system here.”