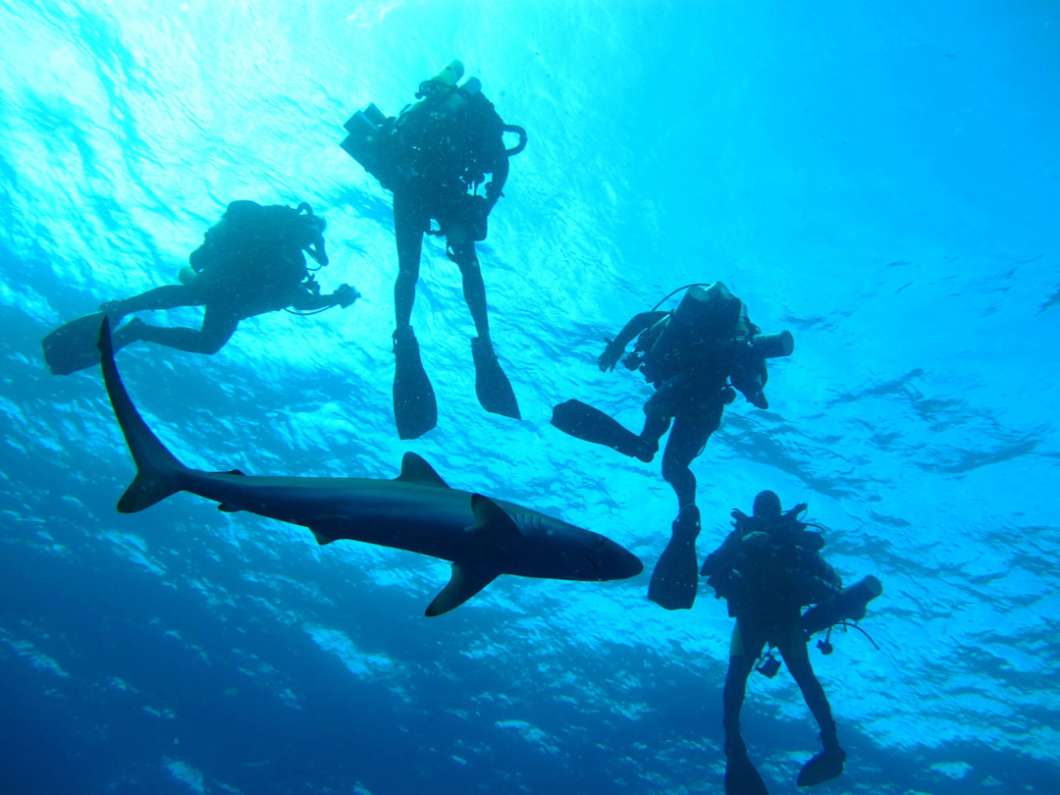 Divers with a silky shark off the coast of Florida. Photo: Robbie Christian, University of Miami.

If you’ve ever had a shark swim by while you’re in the ocean, your first reaction may be one of panic. That’s natural, says Dr. Toby Daly-Engel, assistant professor of ocean engineering and marine sciences at the Florida Institute of Technology. But, says Daly-Engel- sharks have more to fear from us than we do from them.

“People have no idea that there’s actually like 400 different species of sharks and a lot of them are in trouble,” says Daly-Engel.

“Sharks have some of the longest reproductive intervals of any animal on Earth. They’re having very few babies at a time, these babies take a long time to grow up, it may be 10 to 20 years before they reach maturity.”

Daly-Engel says that clearer guidelines and better education for fishing is important for sharks who accidentally get caught on a line as well as for fisherman who are shark fishing.

“As long as people who are fishing for sharks follow the rules that protect those animals when they’re released, I think that both sharks and fisherman can coexist  in peace and harmony,” she says.

She says most shark attacks occur between 1 and 3 p.m. not because sharks are hungry at that time, but because that’s when people are in the water.

“So the best thing to do when you see a shark, is just to breathe, be mellow, and count yourself lucky that you got to see such a cool creature” says Daly-Engel.