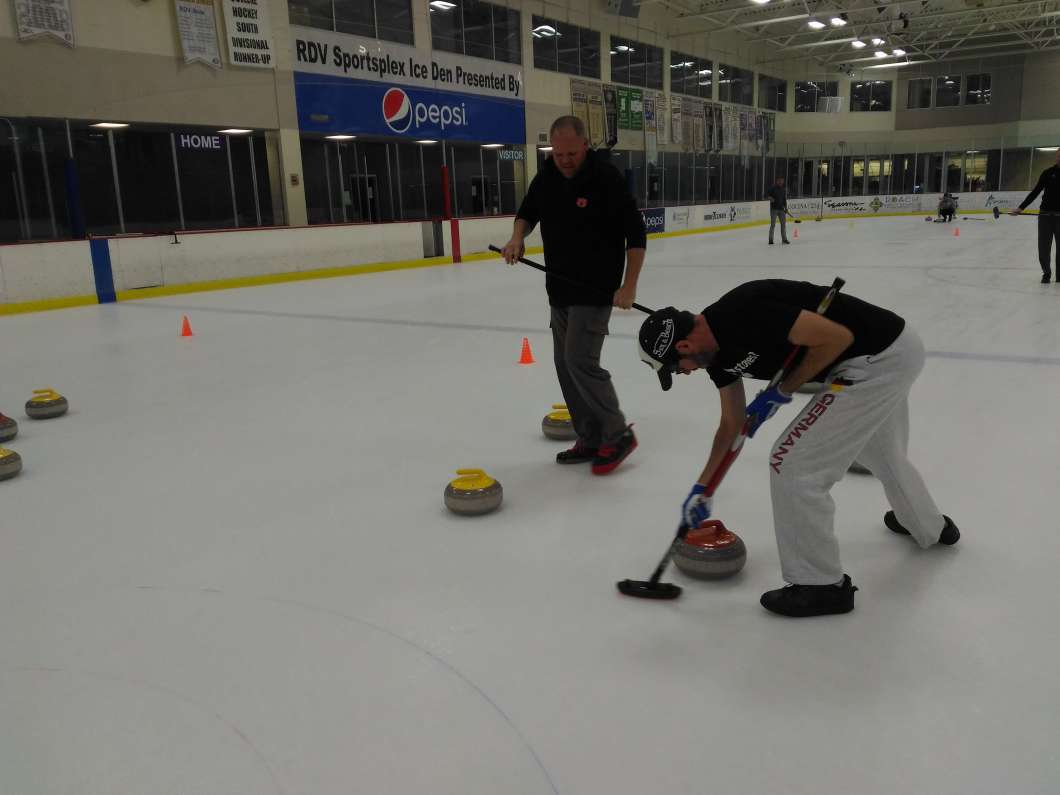 Bryan Pittard had a dream: starting a curling club. Now the founder of the Orlando Curling Club is trying to recruit new members to the sport, which is kind of like bocce on ice. We visit the RDV ice den and see how curling is catching on.

On a recent Sunday night at the RDV Sportsplex Ice Den in Maitland, the Orlando Curling Club held a league night.

One of the team members sent a heavy gray, granite rock sliding down the ice, while the others ran ahead of the rock, scrubbing the ice in front of it with their graphite brooms.

The aim of the game is to get your team’s rocks closest to the “button”, which is the center of a target inscribed on the ice.

Pittard said the club has been opening up its league nights to get new members involved in the sport.

“Literally anyone can come in off the street, and learn to curl,” he said.

“We provide slippers and grippers,” he said, explaining the footwear.

“For extra gripping we have rubber grippers. And then we have a slipper that allows you to slide, because the delivery of the curling stone requires that you slide down the ice.”

Pittard said watching curling on the Olympics made him want to try it.

“Something about curling was just so unique and enticing, that I just felt like, if I’ve ever seen a sport I could do, it’s this.”