Intersection: The State Of Faith 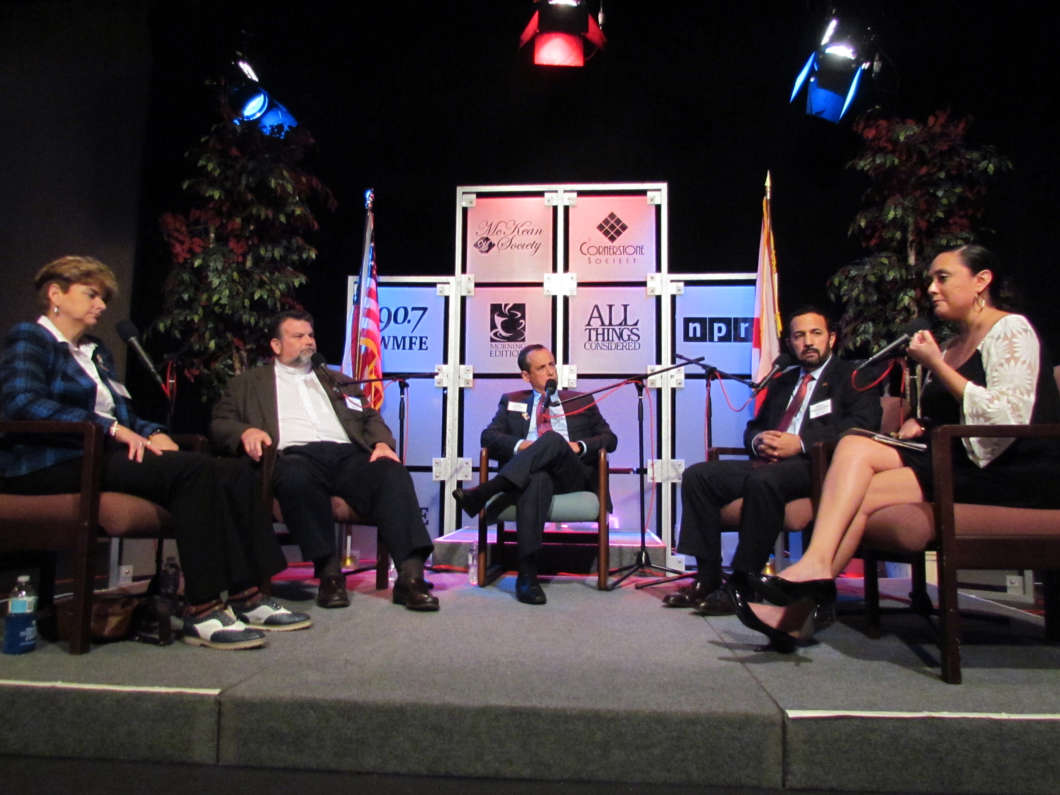 When it comes to religion, there’s been a rise of the “nones” — those who consider themselves atheists, agnostic or non affiliated with a religion. A quarter of adults and even more millennials clocked in as a “none”.

So what’s going on? We’ll take a dive into the state of faith with the Three Wise Guys from “Friends Talking Faith.”

“Friends Talking Faith with the Three Wise Guys” is hosted by Rabbi Steven Engel, he serves as the Rabbi of Congregation of Reform Judaism (CRJ), a Reform synagogue affiliated with the Union for Reform Judaism, Rev. Bryan Fulwider, Founding President and CEO of the nonprofit Building US and Imam Muhammad Musri, Founder and President of Islam Inc., a national organization representing moderate Muslims.  He is also President and Senior Imam of the Islamic Society of Central Florida, which oversees 10 Mosques that serve approximately 40,000 Muslims.

This interview first aired on Intersection in January 2018