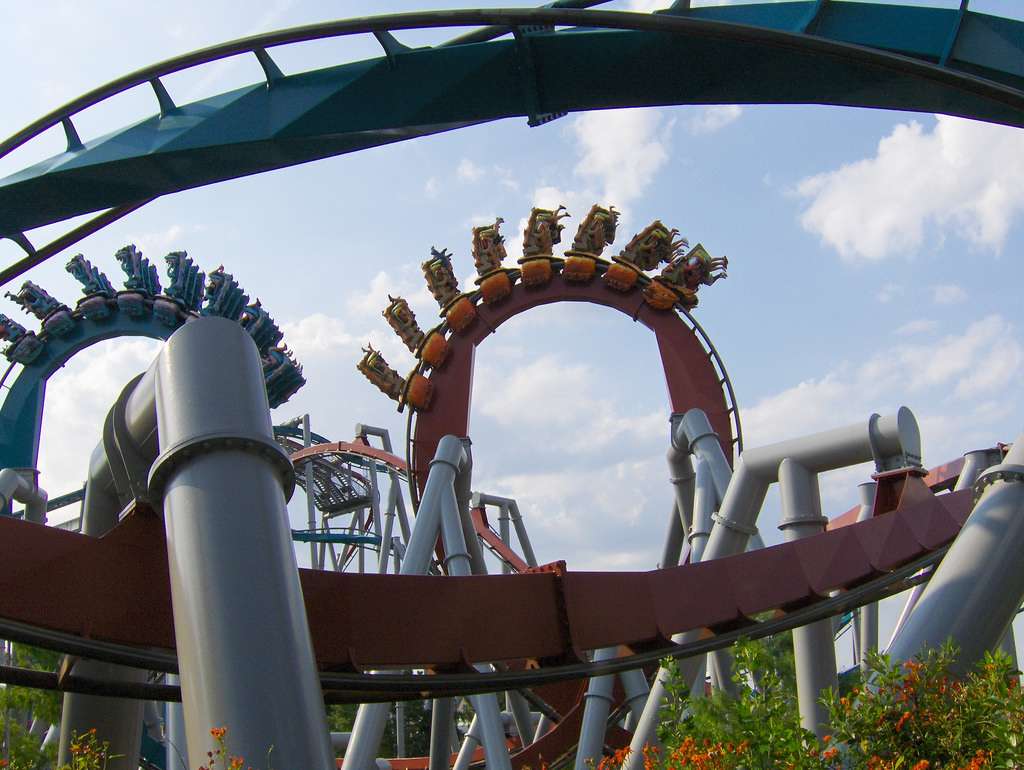 What does Universal have in store for the roller coaster formerly known as Dueling Dragons? Orlando Sentinel theme park reporter DeWayne Bevil said the future of that ride, one of his favorites, is shrouded in mystery.

Bevil joined Intersection and started the conversation by explaining why his favorite time to hit the parks is well after the end of the summer crowds.

“I like to go the week after Thanksgiving,” said Bevil.

“People have done their Thanksgiving visit, it’s too early to start their Christmas visit but the parks are kind of in Christmas mode already, and it’s less humid and it’s a more comfortable time to go,” he said.

Bevil said the Dragon Challenge at Universal, formerly known as Dueling Dragons, is being “re-themed”. The roller coaster has 2 different coasters intertwined, and when the ride was launched “frequently it looked like you were about to hit the other coaster,” said Bevil.

However the sequence of the coasters has changed as well.

“A few years ago they started staggering the coasters so those near misses weren’t as dramatic, and some might say not as dangerous from flying debris from one to the other and whatnot. So some of the thrill has been taken off there,” Bevil said.

The Dragon Challenge will become something Harry Potter themed, but it is not known what it will actually be. The ride will end on Labor Day, September 4th 2017.