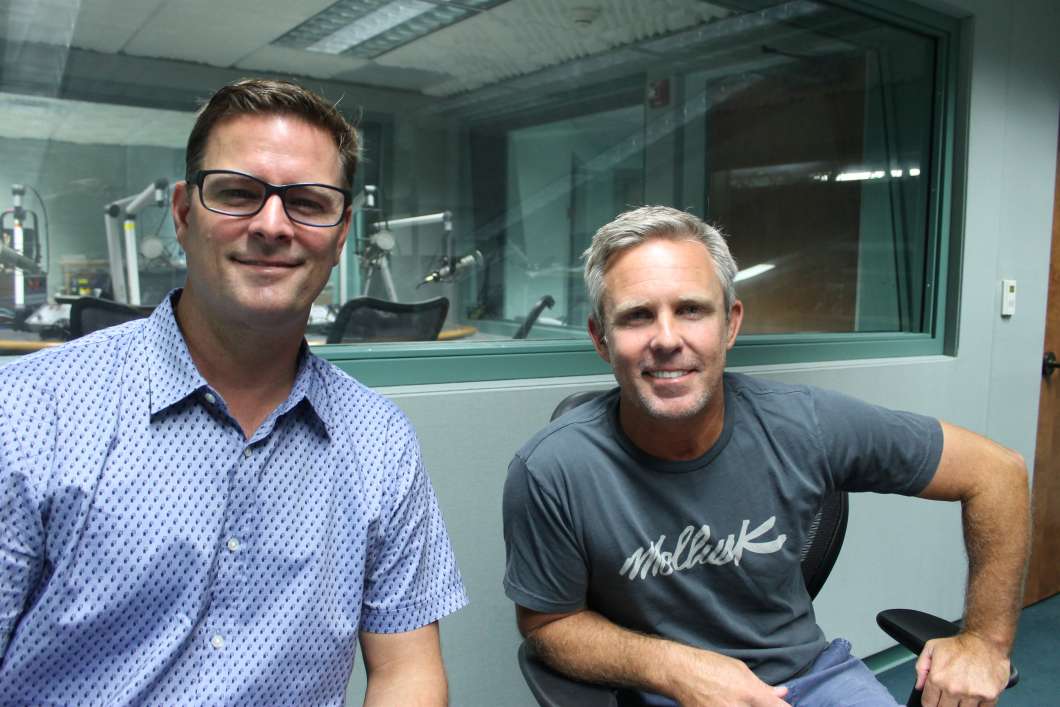 Surf aficionados travel far and wide in search of the perfect wave, and it doesn’t have to be a place with a golden sand beach. Try a snow-bound Icelandic fjord, which is where Ben Weiland shot footage for the film Under An Arctic Sky. It’s screening at the Florida Surf Film Festival this weekend.

Weiland says the biggest challenge for shooting a movie like Under An Arctic Sky is the cold. He kept the batteries for his cameras and equipment warm by putting them in thermos flasks with glove warmers.

Wearing a 6 mm thick wetsuit to cope with water temperatures in the mid 30s, Weiland says the longest he could stay in the water was about half an hour.

“Actually when you’re swimming around, your body kind of heats itself up and your blood’s pumping,” says Weiland.

“But it’s when you get out of the water that you get the coldest, because the wind hits you and you’re walking through knee deep snow, and that’s when it gets really dangerous.”

John Brooks says one of the reasons he and festival co-founder Kevin Miller started the festival was to bring a group of friends together to watch surf movies on the big screen.

“When we were kids and a surf film would come out, it would come to the movie theater, and you would go and see it and it was kind of a rite of passage,” he says.

Brooks says the film festival is a way to bring surf films back to the big screen in the age of web clips and smartphones.

Miller says Central Florida may not have the best waves, but it’s a great place to learn.

“It’s small in summer and forgiving. On a nice long board, or soft top, you’re going to be standing up by the end of it.”

“The same can’t be said necessarily for a harsh, cold water environment.”

Still, Miller hopes some people who see Under An Arctic Sky will be inspired to take a trip to colder climes.

“It’s not the first on most surfer’s lists and it won’t be after this movie, but some folks are going to… go to Iceland and maybe try to score some of the beauty that Ben scored out there.”