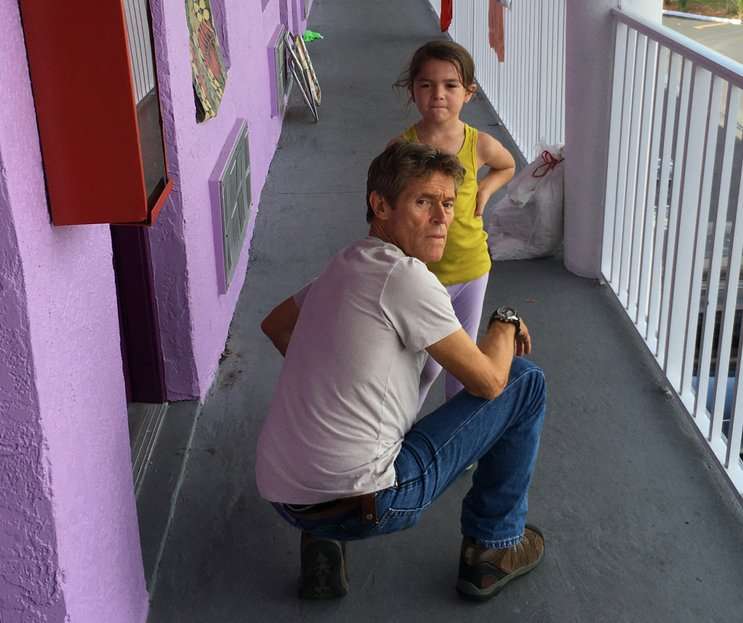 Image: Willem Dafoe and Brooklynn Prince in the film “The Florida Project”.

The Florida Project tells the story of six year old Moonee and her mother, who live in a motel on US 192, just outside Disney World. The film’s garnering rave reviews for its sympathetic yet unsparing depiction of poverty.

Chris Bergoch the movie’s co-writer and producer joined Intersection to talk about how the Florida Project was created.

Bergoch described a scene where Moonee, played by Brooklynn Prince, and her friend were trying to find the end of a rainbow. While shooting the scene a real double rainbow appeared.

“We just sort of stopped everything we were doing cancelled that scene in that moment and we needed to take advantage of the real rainbow just because it was magical, right over the magic castle,” Bergoch said.

“We couldn’t use it in the same scene that we had written, so we just had to come up with an impromptu moment, and the kids had to go with it.”

Bergoch said the response to the film has been overwhelming.

“The fact that it’s even on the screen, for me, is the biggest dream come true,” he said.

“Then to actually have people seem to be liking this thing is just beyond anything I an even comprehend, and it still hasn’t sunk in yet.”

The Florida Project will be playing until Nov. 2 at the Enzian. (Its run was extended from Oct. 26)