Intersection Sessions: The Fabio of Violinists 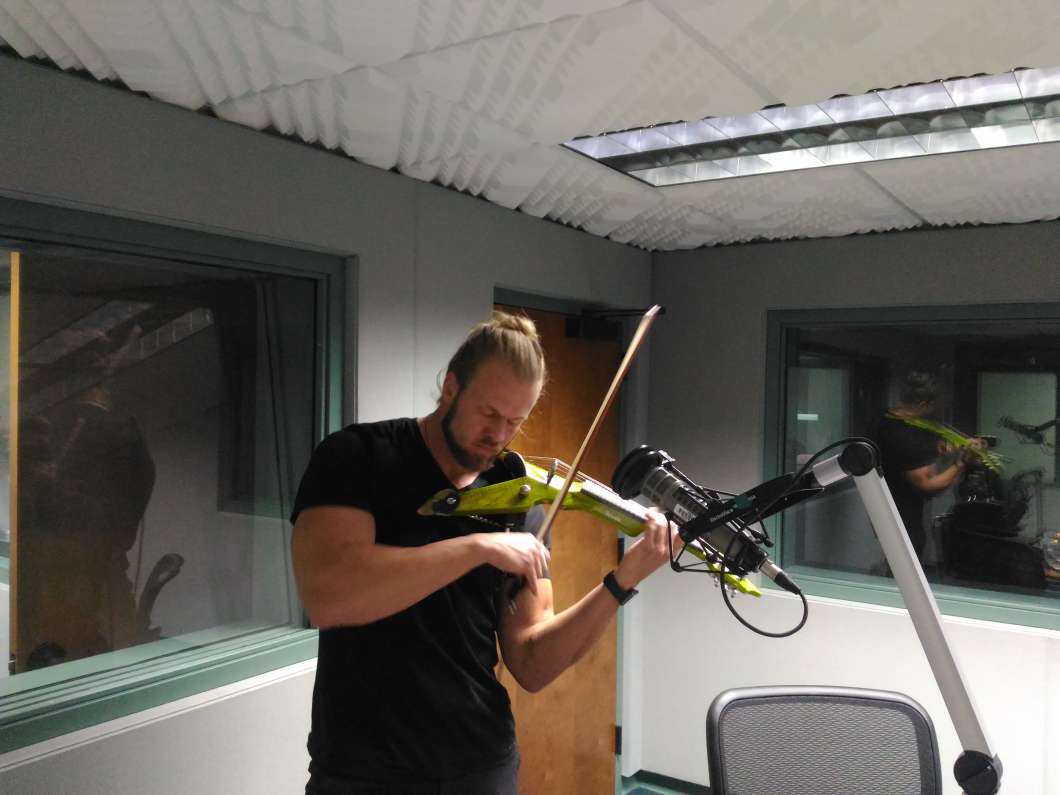 Jared Burnett is not your typical violinist. He has been referred to as Fabio-esque and his skills are just as good as his looks.

Burnett started playing the violin at the age of 3 in Lakeland, Florida. He has gone on to perform in places like Carnegie Hall, on Broadway, and tour with Cirque Du Soleil.

Along with non-typical violinist looks, his signature six-string green electric violin is also not what you would imagine.

“When you think of a typical violin, you think of the acoustic wooden instrument. This is the complete rock-and-roll version of that,” said Burnett.

Burnett played a few songs in the studio and had a chat with 90.7’s Matthew Peddie.

To listen to the songs Burnett played at WMFE studios click here for our SoundCloud.