Intersection: Tales From A Train 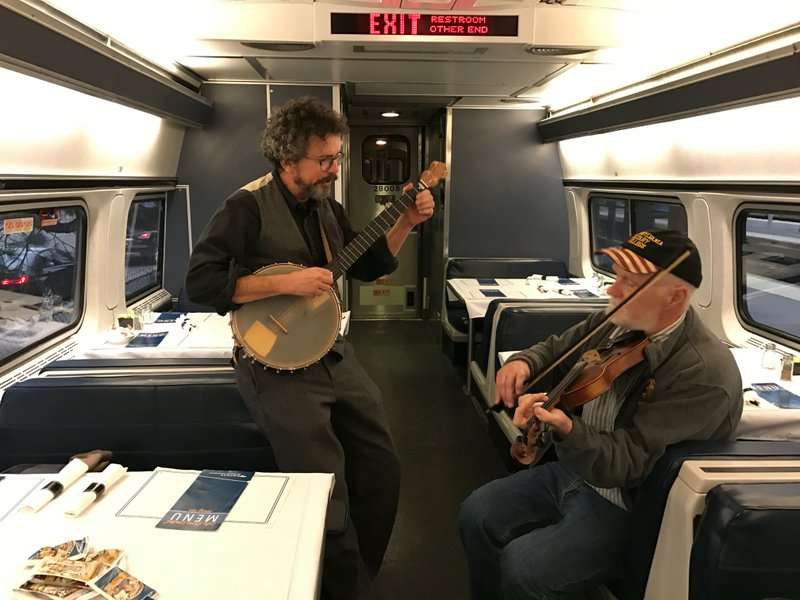 Paul Draper (l) and Mike Jarboe are a couple of the passengers Tamara Lush has interviewed for her Tales From A Train series. Photo: Tamara Lush, AP

Tamara Lush says there’s something different about travelling around the country on a train. For one thing- long stretches without wifi mean there’s plenty of time for conversation, or contemplation.

Lush, who’s a Florida based correspondent for the Associated Press, is on a writers residency on Amtrak, filing stories for a series called Tales from a Train, and working on a romance novel.

She set off on from Orlando’s Amtrak station this month on a trip around the country. We talked to Lush during a stop in California.