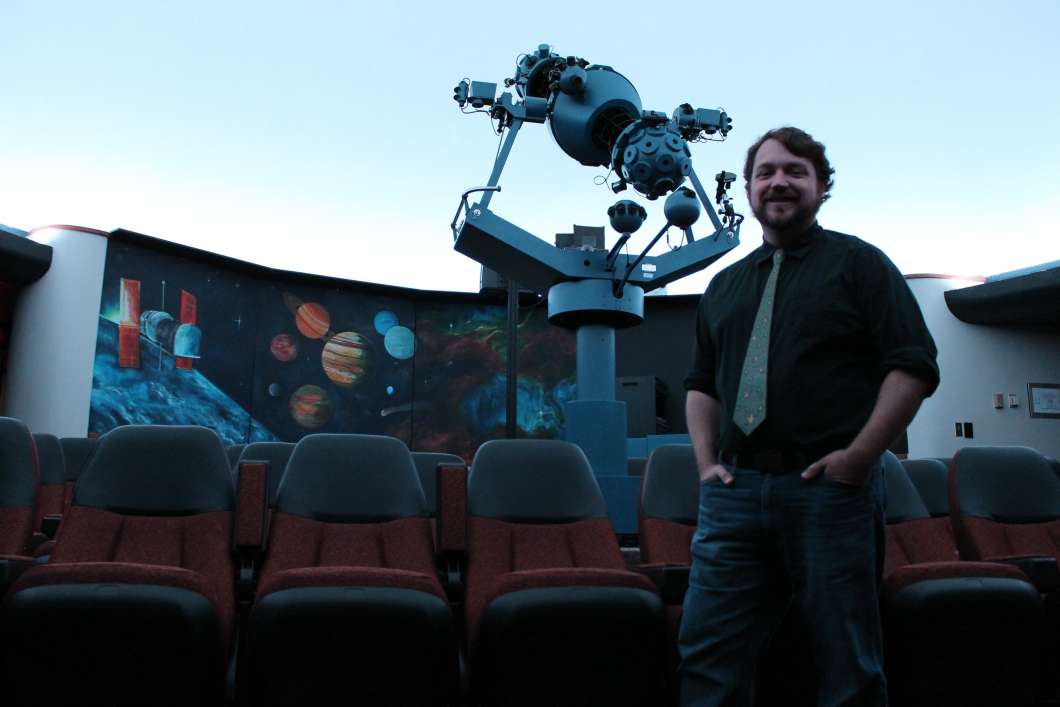 This month is a good one for astronomers. Mars is the closest to earth that it’s been in 15 years, close enough that through a telescope, later this month you should be able to see storms on the red planet. To get a good look at the night sky in Florida there are a few places to go where there’s minimal light pollution. Back in 2016, we spoke to Seminole State College planetarium director Derek Demeter about stargazing in Florida.

The Emil Buehler Perpetual Trust planetarium in Sanford has a domed ceiling which serves as a backdrop for the stars- beamed out by the star projector in the middle of the room.

“In a way we’re kind of in a virtual reality space,” says planetarium director Derek Demeter.

“We start off the show simulating light pollution, so when they come into the planetarium and they can see the stars, they can’t see a lot.”

As the show goes on, Demeter says the lights are dimmed bit by bit.

“Every time we do that, people are just awed and amazed by how many stars they can see.”

“You definitely feel like you are controlling the universe with all these dials,” says Demeter.

If you want to see stars in Florida though, there are a couple places you can go.

“There is a new dark sky park in Florida called Kissimmee Prairie Preserve,” says planetarium director Derek Demeter, who says the park is located in the Kissimmee River Basin near Lake Okeechobee.

“It’s a great place, you can see the Milky Way, it’s really dark.”

To get a really good view of the night sky without light pollution though, Demeter says you have to head to the Panhandle, or the Dry Tortugas National Park, 80 miles west of Key West.

This interview first aired on Intersection in October 2016