Intersection: Sovereign Citizens And I-4 Ultimate 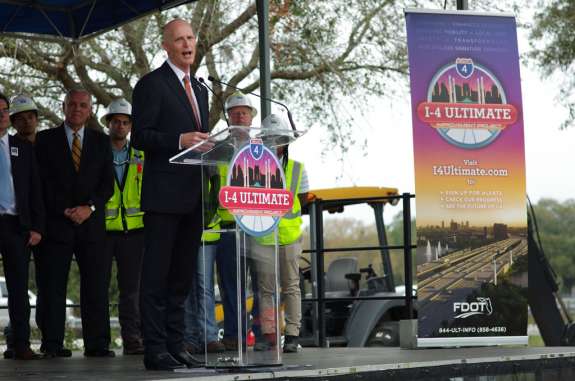 Gov. Scott at the I-4 Ultimate groundbreaking in Maitland. Photo: FDOT

The I-4 Ultimate project is underway. Governor Rick Scott joined officials last week to break ground on the 21-mile upgrade. To talk more about the project, and the the toll lanes- which some call “Lexus Lanes” 90.7’s Matthew Peddie speaks with I4 Ultimate Spokesperson David Parks and HNTB Engineer Kevin Hoeflich.