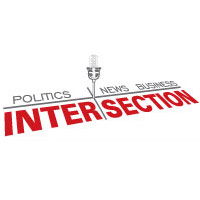 On the ballot voters will decide the fate of another solar amendment: Amendment 1. Backers say it will promote solar power in the Sunshine State and protect consumers from scams and unfair subsidies. But opponents say it’s an attempt by utility companies to choke off rooftop solar.

The James Madison Institute, a think tank in Tallahassee, referred to the ballot’s wording as ‘political jiu jitsu’

Do you know what exactly you’re voting on with Amendment One?

Are voters being duped, or does amendment one protect them from solar scams as its backers claim?

Screven Watson, board member with Consumers for Smart Solar, and Stephen Smith, executive director of the Southern Alliance for Clean Energy join the program to discuss the amendment.

Then, the Milk District is the latest Orlando neighborhood to join the city’s main street program. There’s been an uproar over new development in the Milk District so what does joining the program mean for preserving the area’s character? Space Bar owner Tommy Mott and Pauline Eaton from the city of Orlando’s Main Streets program join Intersection to explain.

And Captains of April unplug their amps and join us in the studio for an acoustic set. We talk guitar solos, songwriting and garage rock with this Orlando quartet.