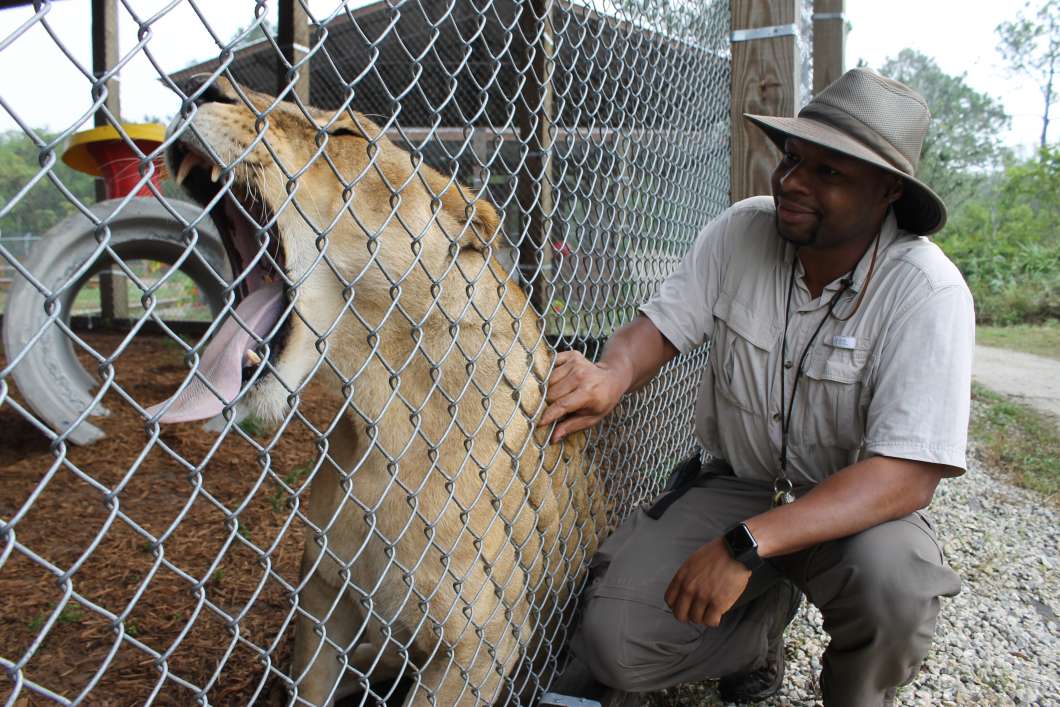 How do lions and tigers say hello? Dr. K. ‘Simba’ Wiltz has spent sixteen years studying and taking care of big cats.  Now he’s sharing what he’s learned about these magnificent creatures to the public at the Central Florida Animal Reserve.

The animal reserve is home to two dozen big cats, and it’s open to the public for guided tours.

“Seeing the cats by themselves is neat but when someone who understands and is highly educated about them can point out small details it really brings the reality of their existence home.”

Dr. Wiltz says the animal reserve is considered a sanctuary so the cats are all rescued and they stay there for the duration of their lives.

“Our role is to be part of the social safety net that just doesn’t exist for big cats,” he says.

“When cats are in need or if there are other organizations who aren’t able to make it financially these animals have no home.”

“It’s up to us as private individuals and non-profit entities to make sure that they have a home and to provide them the care that they need.”

This interview first aired on Intersection in November 2017