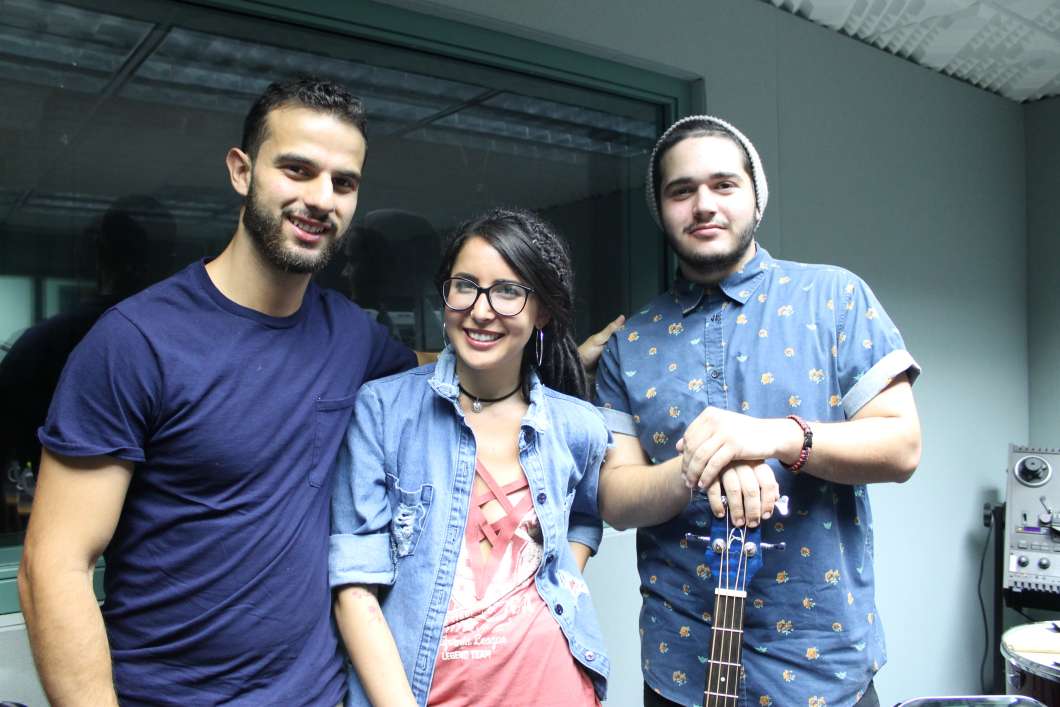 South Florida band Yardij are no strangers to big stages. They opened for Bon Jovi back in February, and they’re performing at the Florida music festival- their third time at that event- this week. Vocalist Deja Elyze, guitarist Nick Fernandez and bassist Alex Athanasaw join us in studio to perform If I Stay, Distance and Something Along The Lines.

“But my grandparents are into classic rock, and it was my grandfather- he still plays in a band- who got me into rock and roll.”

“My first band was me and my grandpa,” says Elyze.

Yardij just came back from performing at SXSW in Austin Texas, which Athanasaw says was a good taste of touring.

“We’ve never been on tour before and we thought going to Texas was a great experience of what’s to come if we do pursue going out and trying to get a lot of people in different states,” he says.

Elyze says opening for Bon Jovi was “twenty levels above where we’re at.”

“You see, probably a team of fifty people working together, as a unit. Fifty people just part of Bon Jovi’s team,” she says.

“Another eye opener was seeing 27,000 people in the crowd,” says Fernandez.

“From playing local bars, and festivals, to all of a sudden 27,ooo people.”

Yardij are performing at the Florida Music Festival this week.