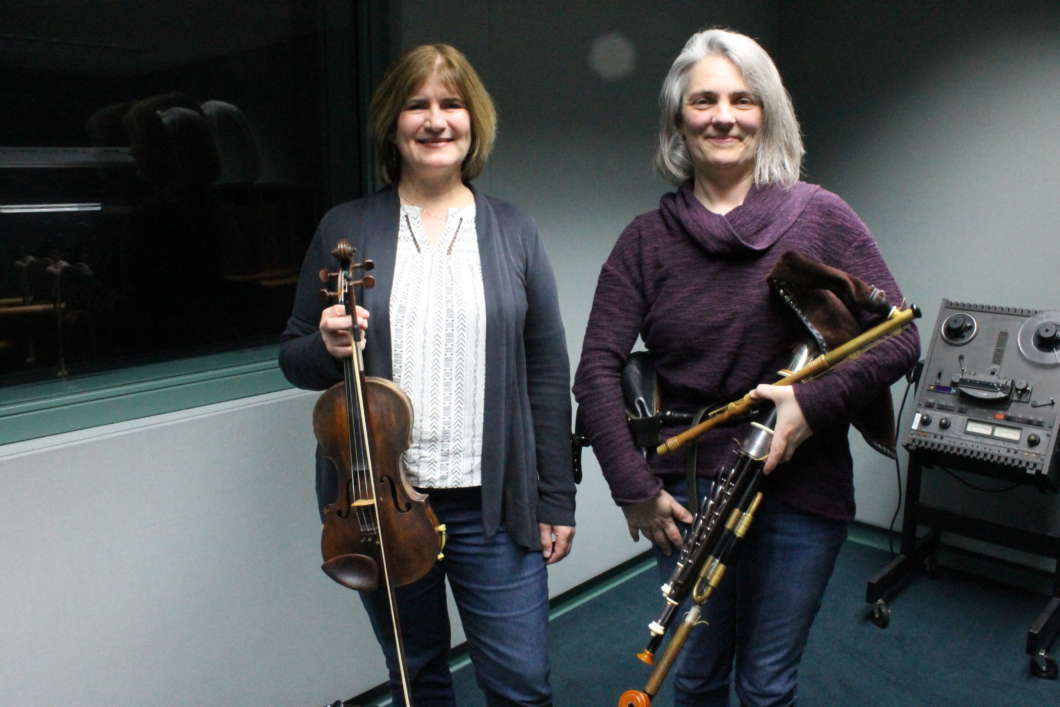 If you think bagpipes- you probably think highland pipes. But the pipes you might hear in marching bands, or at weddings and funerals, aren’t the only bagpipes out there. There’s also the Uilleann pipes from Ireland.

Kathleen Cavanaugh remembers being attracted to the pipes at a concert even without knowing what the instrument was.

“At this concert, there was this gentleman that came out on stage and he had this weird looking instrument that kind of looked like a bagpipe but it didn’t look like a bagpipe, but I thought it was a bagpipe. And he started playing and it was literally like a lightning bolt hit me. The sound just wrapped around me and called me to it. I guess you could say, and I was absolutely smitten with the sound.”

Vicki Gish and Cavanaugh have been playing together for fourteen years.

This year they were involved in organizing the 2019 South East Tionól that occurred February 8-10, 2019. It celebrated a gathering of Uilleann pipers and fiddlers to talk about the traditions around playing the instrument.

They perform Joe Bans & the Gypsy Princess, Connaughtman’s Rambles and The Old Favorite.