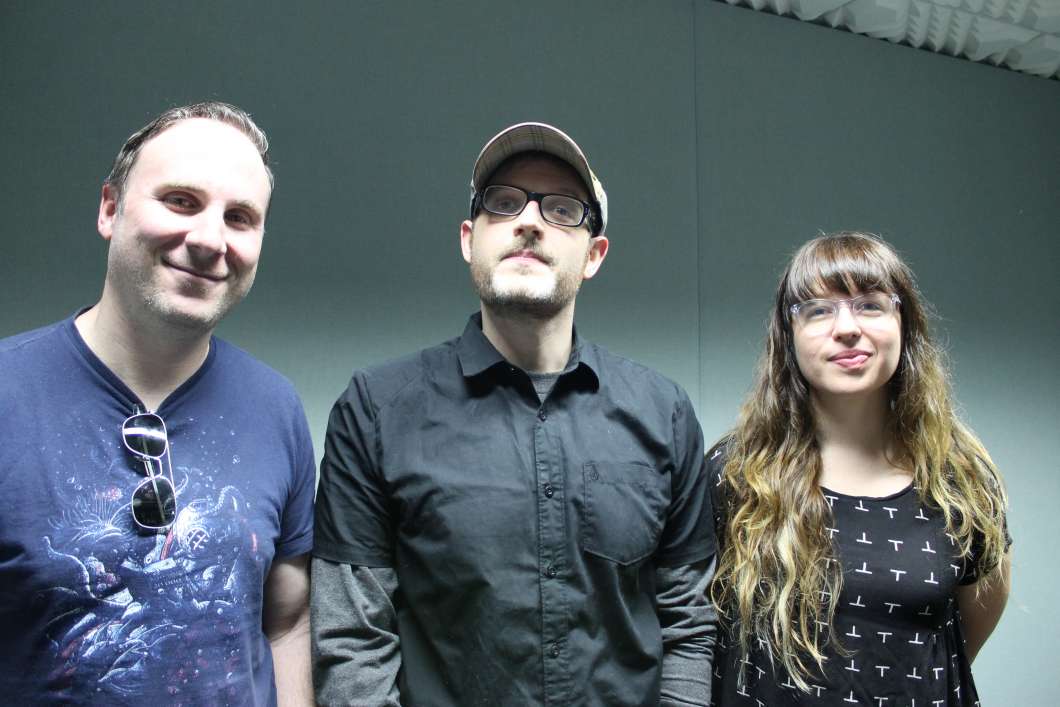 The Pauses are a three piece band from Orlando: Tierney Tough on bass and vocals, Jason Kupfer guitar and electronics and drummer Nathan Chase.

The band members grew up listening to 1990’s rock, and at some of their gigs they’ll pick a year from the 90’s and play songs from that year.

“I think covering songs is such a delicate issue,” she says,.

“You don’t want to over do it, so if there’s an actual place for it, you can be crazy and elaborate. We go all out for these things: we have props and a photo booth. We dress up.”

“We try to time warp the entire venue,” says Kupfer.

“But it’s really just that one event, we learn all the songs, we do it the one time and it’s over. We don’t want to be a cover band,” he says.

“There was something about alternative rock during that period, where after Smells Like Teen Spirit came out, radio changed dramatically,” says Chase.

“I think it was something we all gravitated towards as impressionable youth.”

The Pauses have re-released their debut album A Cautionary Tale on cassette, and their next album will be released in the fall. This weekend they head off on a mini tour of Florida and Georgia, and next Thursday they open for Weezer at the St. Augustine Amphitheater.