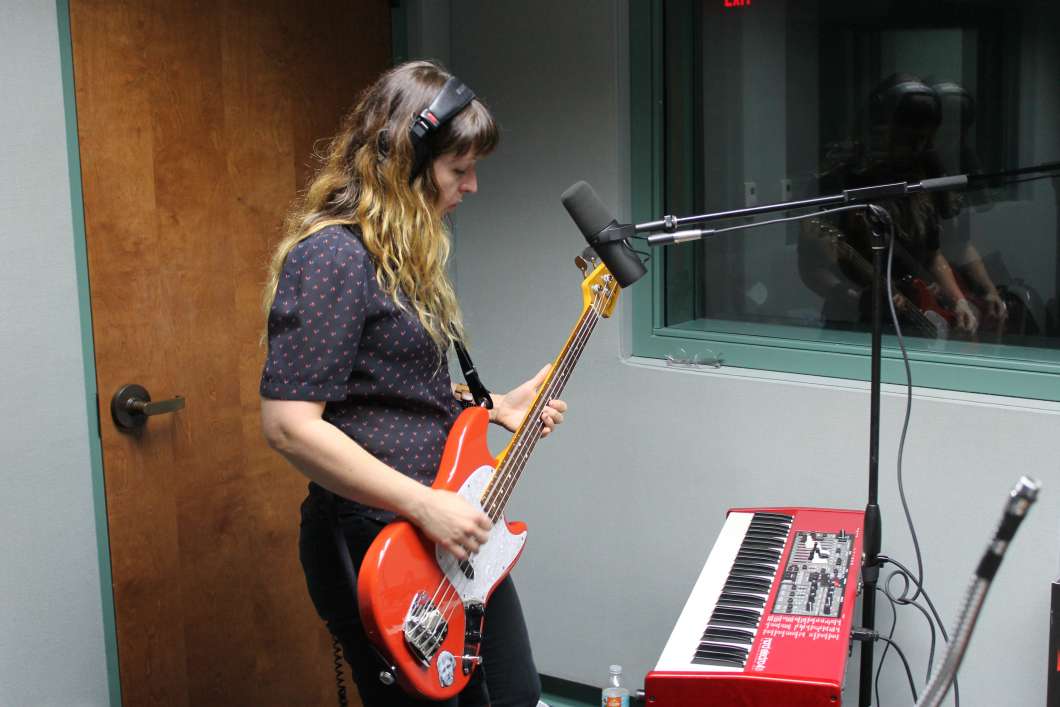 Orlando-band The Pauses are touring with a new album called “Unbuilding.” They stopped by WMFE’s studios to perform a couple songs.

The Pauses include singer, bassist and keyboard player Tierney Tough and Jason Kupfer on guitar and keyboards. Jim Nefferdorf played drums for this performance at WMFE.

“I think our show in Sacramento was really incredible, that was probably our high point” says Kupfer.

“That’s where Jonah was from. There was just a lot of hometown love, a lot of people came out. The guys from Papa Roach were there.”

The tour had some challenges too- including a show in Redding, CA.

“It was literally like a Spinal Tap sort of experimental stage performance where for like two songs I was behind my amp with a flashlight and they’re still playing,” Kupfer says.

Their last album ‘A Cautionary Tale’ was relased in 2011.

“We never really stopped being a band after the last album,” says Tough.

“We made a solid effort three years ago to just really finish out all the songs.”

Listen to their performances below: