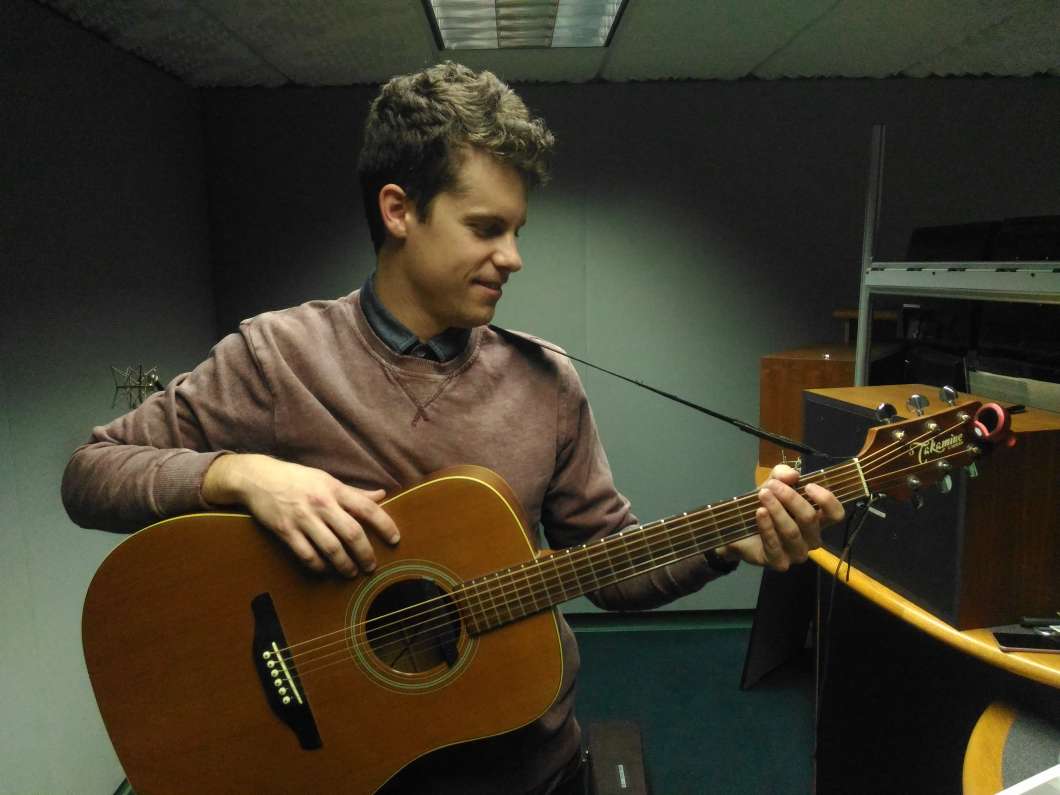 Tanner Jones is the lead singer for You Blew It,  a five piece band that got started in Orlando when Jones was studying at UCF.  Jones joined us in the studio fresh off a tour of the US.

Jones is a soccer fan, and that was the source of inspiration for Canary, one of the tracks from You Blew It’s latest album Abendrot.

“It sounds like it’s about a grandma or a very close family member, but embarrassingly enough it’s about a soccer player,” he says.

Jones says he started to follow the fortunes of Everton player Stephen Naismith after moving to Orlando.

“Before music I grew up playing soccer. I always thought I was going to be a soccer player. Moving here, we had Orlando City- back then they were USL. I actually became a fan [of Naismith] through Orlando City, because the old coach, Adrian Heath, used to play. He’s kind of an Everton legend.”

Another of the songs on the album, Greenwood, is inspired by Orlando’s historic cemetery.

Jones says the stress of writing was getting to him.

“To calm myself I would get on my bike and ride through Greenwood Cemetery,” says Jones.

“Even though it’s surrounded by neighborhoods and the city’s only two or three miles away, it’s like a silent bubble where all you can hear are the birds chirping,” he says.