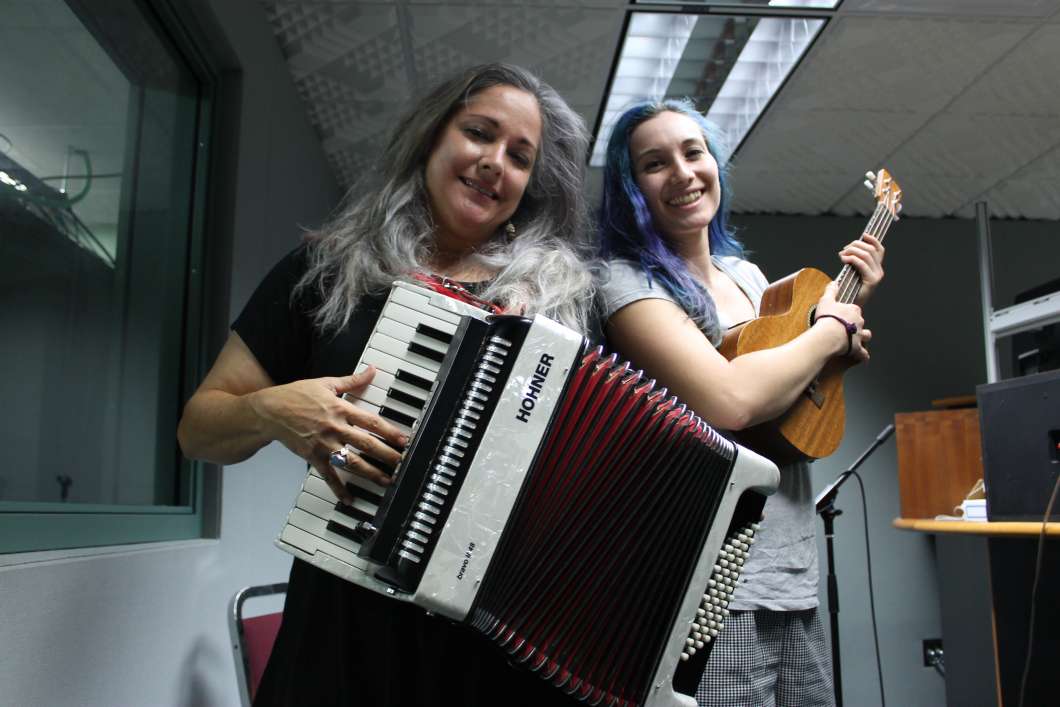 Accordionist Beth McKee founded the Swamp Sisters seven years ago, while touring with her band.

“I was encountering all these wonderful women at all my shows, and I thought it would be great to find a way to put everyone in touch with each other,” says McKee.

Now the Swamp Sistas get together to write, perform, and raise money for good causes.

“The La La is a tradition, it’s a Louisiana traditional party that was started by Creoles in South West Louisiana in the 1920s, where musicians would gather and friends would dance, and everyone throws what they can into a pot to help out somebody in need,” says McKee.

“One thing you have to know about Beth, and this really is at her core being, there’s music and then there’s fellowship and mentorship and bringing up others, says Renee Arozqueta, a solo musician who also plays in McKee’s band.

“The Swamp Sistas to me is these song writing circle meetings. It’s so much of an echo chamber being a solo musician. And as you can imagine being a woman in the music industry is even more isolating, so suddenly we had these supportive, welcoming safe places of female song writers,” says Arozqueta.

McKee and Renee Arozqueta perform Fire Wind And Water and The Wind Inside Your Chest on Intersection.

Catch McKee, Arozqueta and other musicians at the Swamp Sistas La La at the Orlando Fringe this Saturday, raising money for Second Harvest Food Bank of Central Florida.