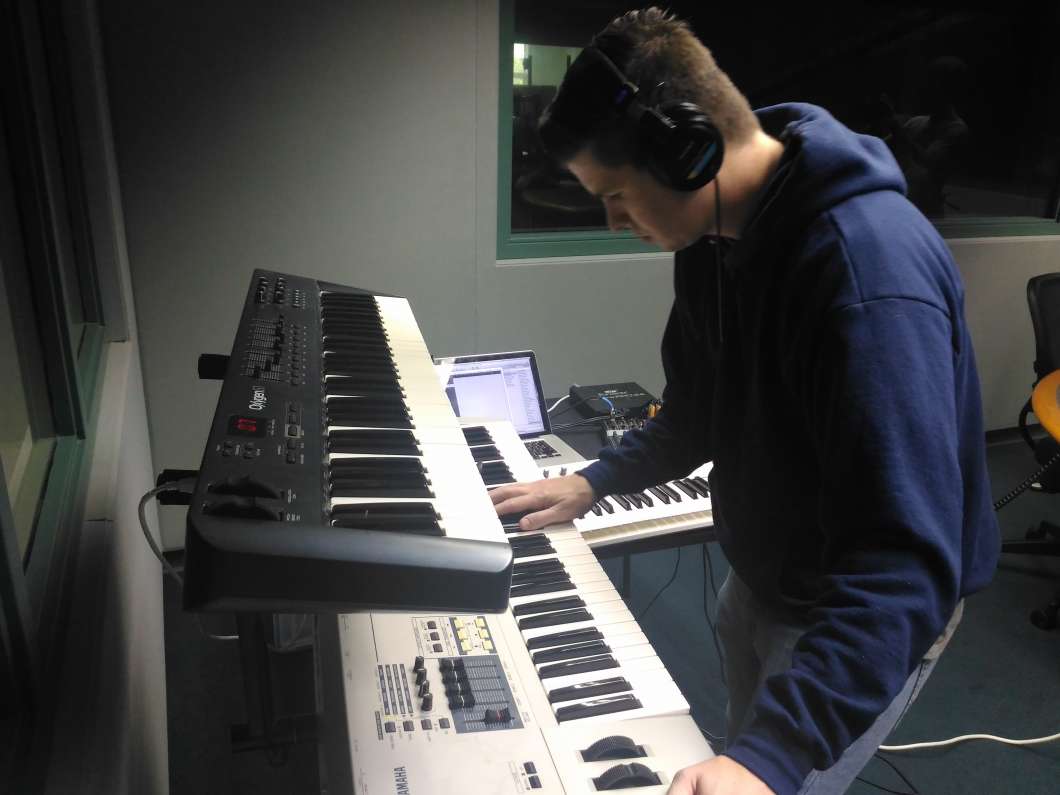 Man and machines: Troy Simpson channels the imagery of '80s movies in his synthesizer performances as Moondragon.

Troy Simpson,who performs as MoonDragon, joins us for a synthesizer performance inspired by the imagery of 80’s movies like Top Gun and Blade Runner.

“It’s a fun kind of genre, because it’s the kind of imagery that existed in the ’80s,” says Simpson.

“It seems like the 1980s were wide open. The studios were like, ‘What have you got. Crazy script? Sure’ and they made it”, he says.

He says his music taps into the movie studio creativity of that era.

Simpson performs Miramar, Eye in the Sky & Man And Machine.