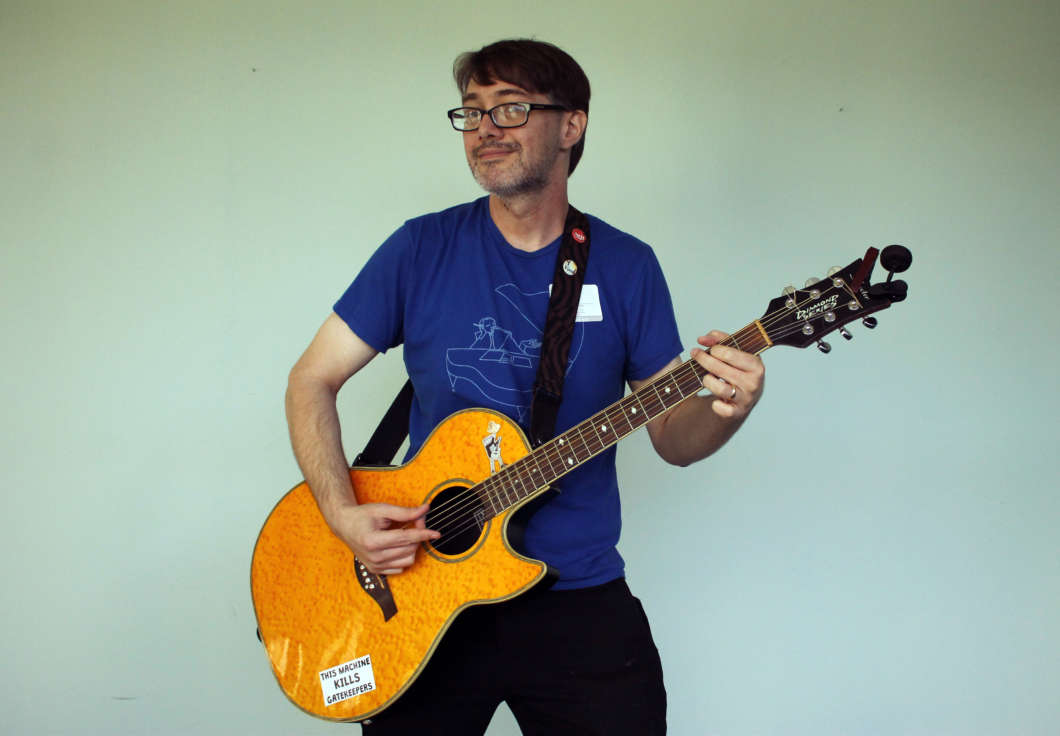 Orlando Singer songwriter Marc With a C has a box set retrospective out, and a book, called Maybe It’ll Be Good. The Book and the box set chart the last 20 years of his life creating and performing music.

Marc joins us in studio to perform some songs and talk about the retrospective, and his plans for touring next year.

“It’s 41 songs that were voted on by hard core fans,” says Marc of the compilation.

“I only had about 5 % say so in what went on it, because who am I to judge what the best I’ve done [is] in that large of a pile of material?”

He says the slogan “maybe it’ll be good” comes from one of the two mottoes that he lives his creative life by.

“The first thing off the bat is I never question who’s gonna get it, because I know I’m not for everybody. What I do is very specific, very niche,” he says.

“There’s two good things that I’ve learned over these 20 years, which is one, if what you make is pretty rad, all the detractors will probably shut up, and two, you are your [own] worst critic,” says Marc.

“So that brings me to that second slogan, which is all you need on those days when you can’t get out of bed to make your art is the four words: maybe it’ll be good. That’s been enough to kick start me to keep making things. They’re not always good, but the promise that it might be good for the world, or someone, or just me, that gets me out of bed every day.”

Click below to hear Marc perform I Tried To Die Young and Low Rent Truman Show: