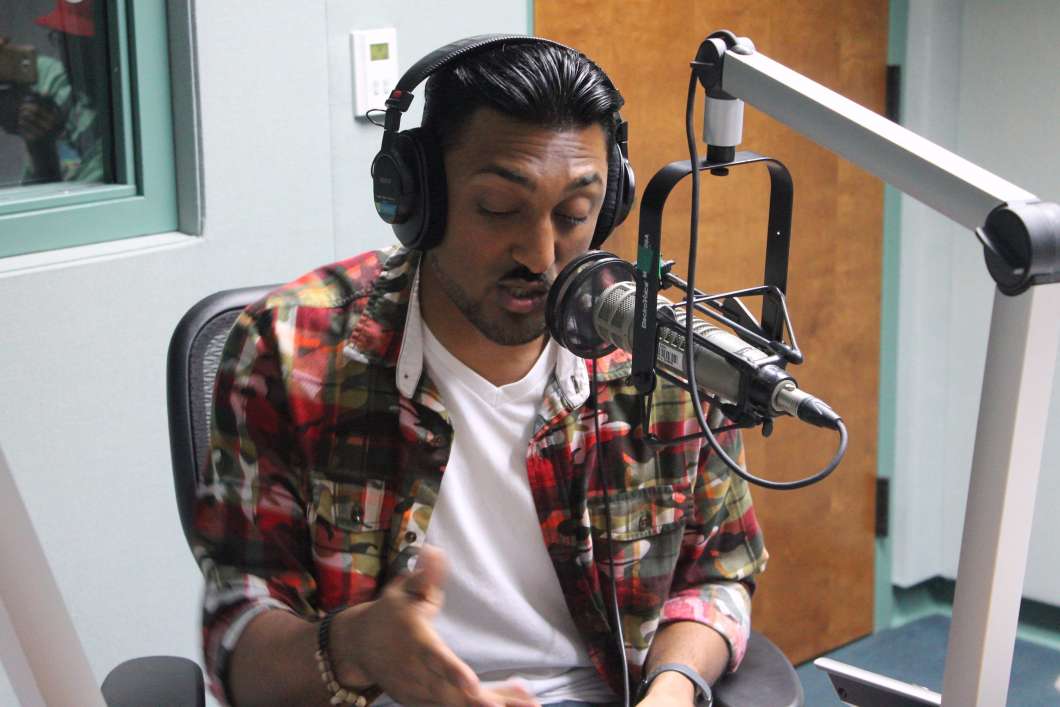 Ken Nai started writing music in the sixth grade. Growing up an only child in Queens, he had a lot to say, but no one to say it to. That started his passion for writing lyrics.

Nai joined the Army, where he was deployed to places like Afghanistan. “It allowed me to see things from a lot of different angles,” Nai said. “You have so many different conversations with individuals.”

When it comes to writing, Nai stays away from writing profane lyrics. “I try to treat my music as ministry,” Nai told WMFE. “If I do something that can hinder just one set of ears from listening, I don’t feel good about it.”

Ken Nai performed some of his tracks live at the WMFE studio.