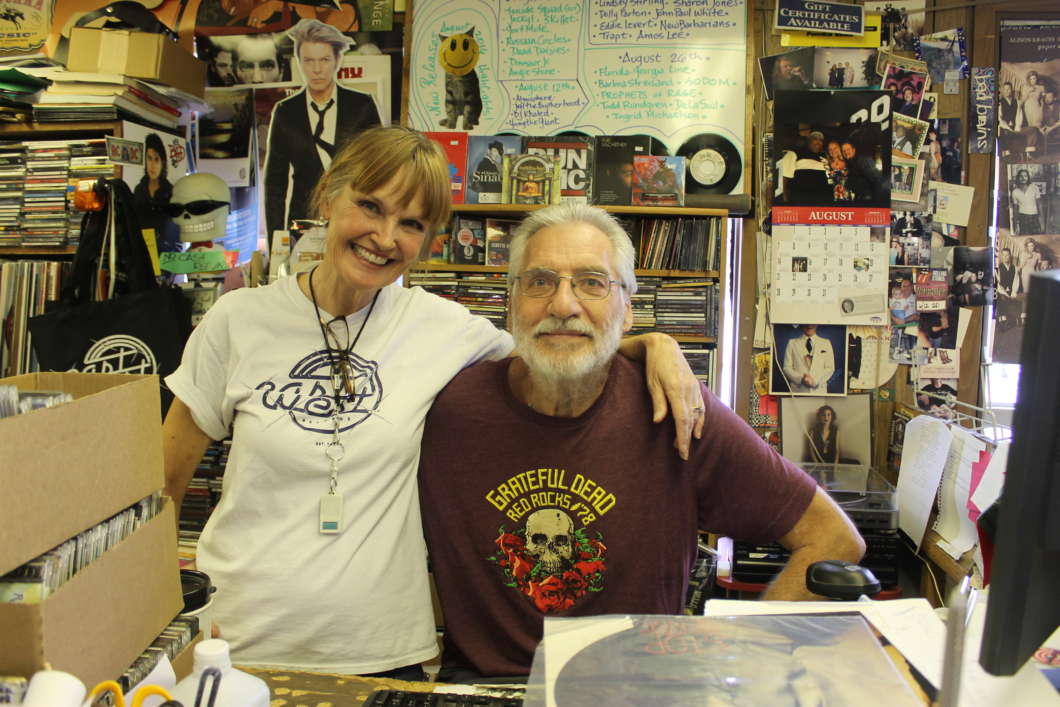 In August this year, Hanna and Roman Skrobko sold the record store they’d owned since the 1970s. East West Music & More is an Orlando fixture- surviving the decline and comeback of vinyl, the death- and resurrection- of the cassette, and the rise and fall of the big box music store.

The store is still there- under new ownership.

When East West first got started, Hanna Skrobko was also a DJ, spinning the records she sold in the store.

Back in 2016 we talked to Skrobko about some of her favorite tracks, from Can You Hear Me Knocking, by the Rolling Stones, to Daft Punk’s Get Lucky.

“We used this music [Can You Hear Me Knocking] to make our first commercial, on WORJ FM,” says Skrobko.

“No sooner had I walked out of the studio than I was offered by first job on the radio, baby!” she says.

“Best job ever, best people, best job. I was the first, full-time female disk jockey in this market.”

Another of her favorites is Pearl Jam’s Alive.

“The first time I heard young Eddie Vedder’s voice. it was like I heard the voice of God,” says Skrobko.

“I was overwhelmed by the epic splendor of Pearl Jam and how something could be so simple and cathedral-esque at the same time.”

Click on the audioplayer above to hear the interview.

This interview first aired on Intersection in November 2016.