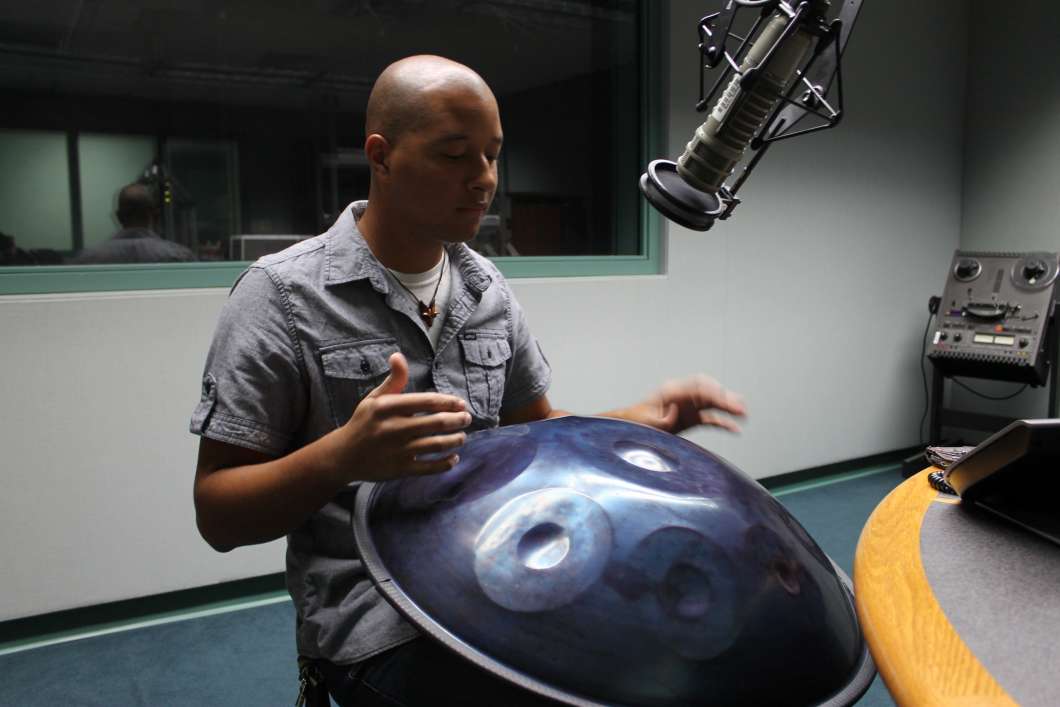 The handpan looks like a UFO, and it sounds heavenly. Orlando musician and producer Justin Paul,  who creates hip hop and ambient music, says the first time he heard a handpan, he knew he had to get one.

“It took some time,” says Paul.

“I mean it wasn’t like I could just order it the next day, but after about a year and a half, two [years] I was able to get my hands on one. It was love at first sight,” he says.

“One of the things that teally attracted me to the instrument is the numerous types of scales that the creators make,” says Paul, who bought his handpan from a maker in Canada.

“The one I have is a Celtic D scale,” says Paul.

“If you listen to it, you can almost hear a Celtic, Irish accent to it.”

Paul says it’s an easy instrument to pick up but tricky to master.

“The one thing that you will learn is the rhythm of moving your hands around the bowl of it, the pan,” he says.

“Almost like a dance on top of the steel. That’s the hardest thing to learn as a beginner.”

This interview first aired on Intersection in November 2017