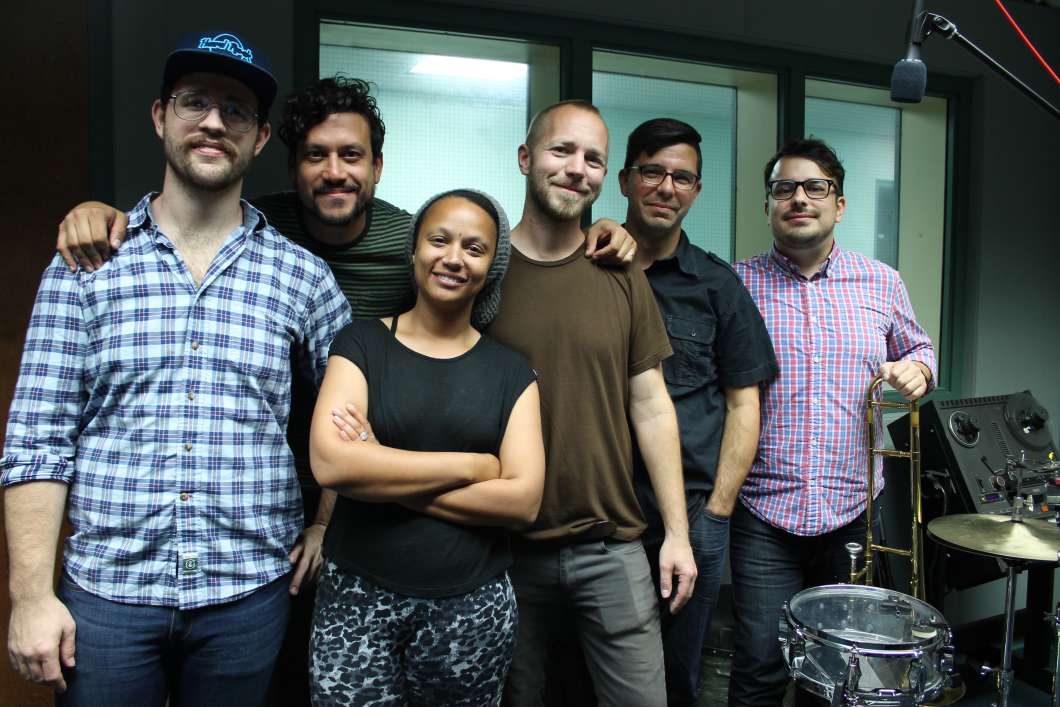 After turning heads with their NPR tiny desk video, the Sh-Booms are about to embark on a US tour. The six piece band- Al Ruiz, Brenda Radney, Kevin Connolly, Davis Schleicher, Mike Ortiz and Bryan Sherbrook- are also working on an album.

Bassist Al Ruiz formed the band back in 2011 and describes their sound as “garage soul”.

“We started off a lot lighter sounding, more towards the Motown feel, and changed around 2013, 2014. Through a series of events, we lost our old singer and we met Brenda, and the style changed. It’s got a lot more rock and roll to it, a lot more soul.”

Before joining the Sh-Booms, singer Brenda Radney had a record deal with Justin Timberlake for 8 years.

“I walked away from that, joined the band, and we’ve just kind of catapulted from then,” says Radney.

“I’ve always wanted to be in a band,” she adds.

Ruiz says the reception to their tiny desk video for Audible has been “incredible”.

“This is the most traction we’ve seen in the band since we started,” says Ruiz.