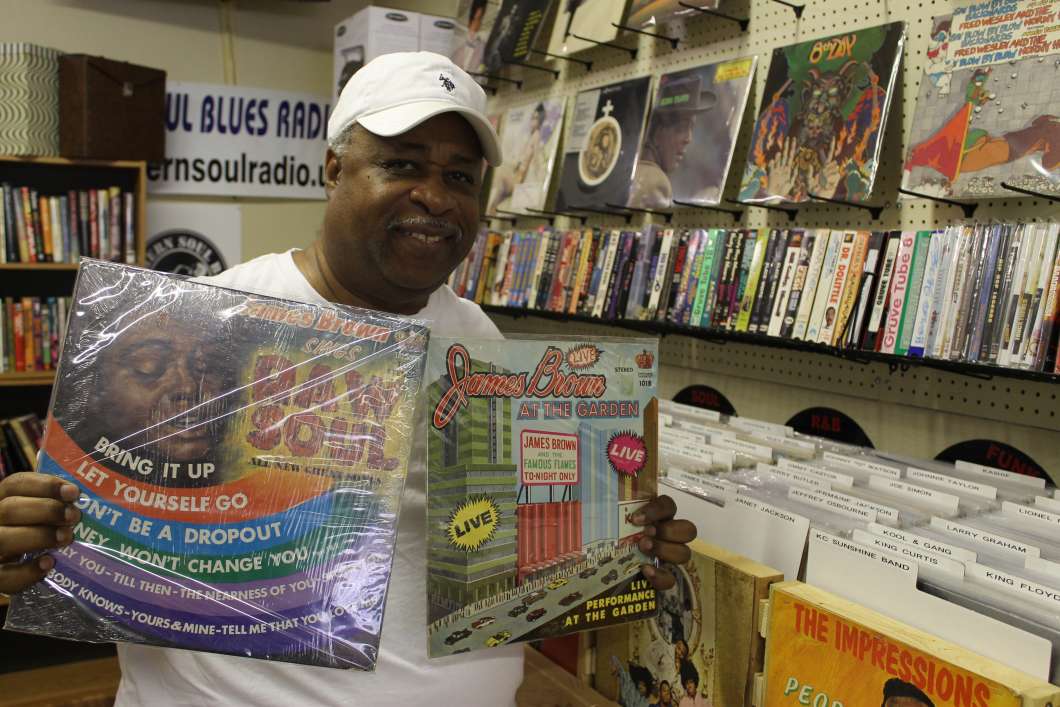 Ed Smith’s record store, ReRunz Records, opened last Summer on West Church street. There are bins full of James Brown 45s- along with other funk, soul, R&B, Jazz and hundreds of other records.

The walls are lined with records and concert posters- for the Jackson Five, T Bone Walker, Fats Domino, Run DMC….

There’s also a sign advertising Smith’s own group- the After Hour band- which rehearses at the store on weekends.

Smith used to have a store in Pine Hills, but he closed it in 2000. He says he couldn’t compete with the big box stores.

Last August though, Smith says he decided the time was right to re-open.

“The way I see it now, vinyl is on the rise, I had a large inventory of vinyl and other music memorabilia,” says Smith.

“So I decided, why not get back into the business and maybe make somebody else’s life happy, coming up with music they were longing to have in their collection.”

Smith says when he found the location for his store, he didn’t waste any time.