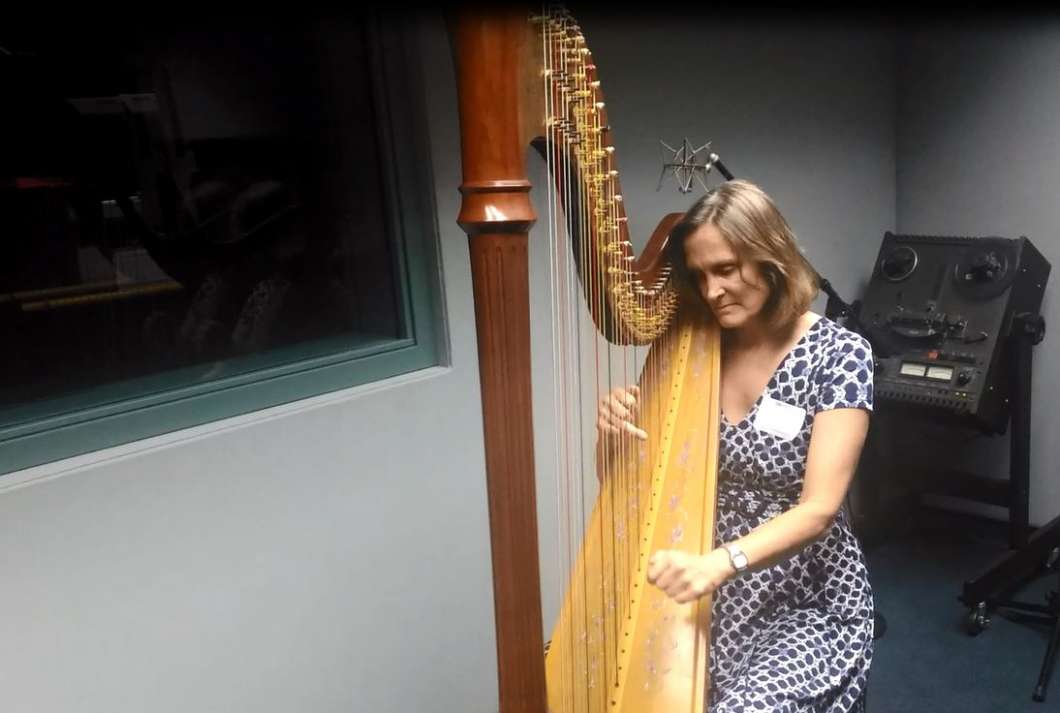 Harpist Christine MacPhail joins us to perform some classics,  including one of her favorite Van Morrison tracks.

MacPhail grew up in Western Canada, and says she fell in love with the harp after seeing one in a museum as a small girl.

“My father strummed the strings and it was love at first sound,” says MacPhail.

“I pestered my parents for a good six months, and they finally bought me a little Celtic harp and found a teacher,” she says.

MacPhail says she played classical music until college when one of her friends asked her to play at a wedding.

She says keeping the harp in tune in Florida’s humidity can be a challenge, but she can play anywhere… except the beach.

“This harp is hollow at the bottom,” says MacPhail.